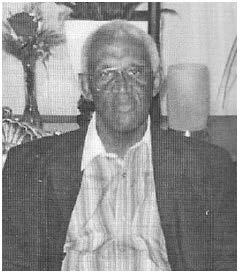 Well-known cricketing figure in Bridgeport, Connecticut, Leonard Wilson has been taking lead roles in the sport of cricket from an early age. A native of Jamaica, at the age of 13, Wilson was elected captain of his school team.

So it was no accident that when he arrived in the U.s. that he quickly got involved with the game as it is played here. In 1979, he was instrumental in the formation of the Bridgeport Cricket Club, becoming its first president. He was named captain of the team in 1980 and under his leadership the team became a strong contender in the Connecticut Cricket League, winning the champion-ship the following year. Out of the Bridgeport team another club, Calvary, was formed and he was named president in 2005. Wilson was a strong supporter when the players got together to form the Connecticut league.
Before arriving in the U.S. Wilson’s love for the game and his ability as a player has taken him to places all over Jamaica, where he had the opportunity to play against some of the top teams and very best players at that time in the island. His best feat being in the final of a local competition, where he bowled unchanged for 20 overs taking seven wickets for 24 runs against an Umpires’ Association team.
Now a Christian minister, Wilson who retired from the game, still participates in the annual “Oldsters vs. Youngster” game, finds time to watch games after church services on Sundays and sometimes even act as an umpire. “Because of this lovely game, I got to know the entire island of Jamaica and other parts of the U.S.,” he said.