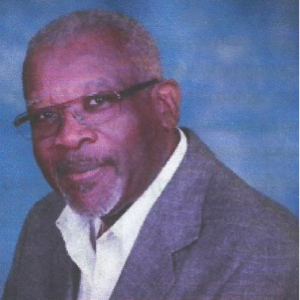 Leeroy Lynval Campbell was born on May 16, 1947 in the parish of Hanover, Jamaica West Indies. His early childhood years began in Sav-La-Mar, Westmoreland, where he attended Frome Junior Secondary School. Track and field was his area of interest of which he excelled in high jump. After graduation, he enlisted in the Police Cadet, where he originally played the snare drum. Later he was taught to read sheet music, and subsequently taught to play the Tenor Saxophone. He was elected captain of his class. Upon graduation from Police Training School, he went directly to the Jamaica Constabulary Band where he played the Tenor Saxophone for approximately five years.

In 1972 he migrated to the United States, residing in Boston, Massachusetts. Campbell perused a course in computer fundamentals and Operation at the Computer Training Institute (CTI). In 1974 he was employed at EG&G in Burlington, Massachusetts, as a Computer Operator. He was promoted to Operations Supervisor, and subsequently Computer Operations Manager. After 15 years with this company he then worked at TACH Worldwide Companies in Needham, MA, and finally at BJ’s Wholesale Club (Head Office-Westborough, MA). He retired from there in September, 2014.

Campbell is an active member of the Parkway United Methodist Church, where he video Produce the church’s service each week, which gets aired on Milton Access TV and on the internet. The Cricket Hall of Fame Induction Ceremony is also something he enjoys producing. He has been doing this for several years.