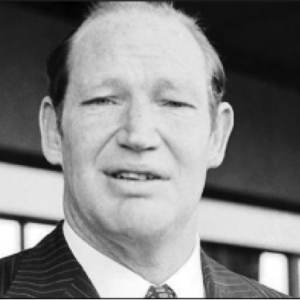 He did not play the game seriously but few people have made a bigger impact on the game of cricket than the late Kerry Packer, the Australian business mogul. Packer passed on in 2006 leaving a legacy in which he helped to transform the sport and the fortunes of its player by launching his own World Series Cricket (WSC) competition.

Inheriting a penchant for waging bets from his father Frank, Packer started to take a keen interest in the sport's revenue earning potential in the 1970’s. In 1977 he offered what he thought was a lucrative AUS $1.5 million to the Australian Cricket Board (ACB) for rights to cover Test matches and domestic cricket on his Channel Nine television network but the Board turned it down. Not given the opportunity to negotiate, he was left fuminig and announced that he would set up his own competition which would be TV-driven. He knew that television ratings were highest in the evening and was convinced day-night matches would capture them and new viewers around the world.

Packer then persuaded then England captain Tony Greig to recruit some of the biggest names in the sport. Greig hosted a meeting at a hotel in London which led to legends like West Indian’s Sir Vivian Richards, Clive Lloyd and Michael Holding, and Pakistanis Imran Khan and Mushtaq Mohammad signing up. The sums offered attracted many more of the top p layers in the world. Thus was born World Series Cricket. Three teams were involved in 15 so-called Super Tests - Australia, West indies and a World XI - while the 49 one-day matches also featured another team of Australians and a Cavaliers XI made up of players who could not get into the main teams. Many one-day games were played with a white ball used and colored clothing worn - giving birth to the term “pajama cricket.”

The reaction to the tournament from the media was hostile and words like “traitors” and “circus” were frequently used to describe the players and Packer’s revolution. Greig lost his his captaincy of England and the International Cricket Conference (ICC), warned players they would be banned if they took part.

Some participants paid the ultimate price in terms of international careers, and were never forgiven by their countries, but their sacrifice and Packer’s gambling instinct have made an indelible impact on the sport and left a lasting legacy.

As it turned our, Packer who had shown the cricketing authorities that he could go it alone and make it work, was the biggest winner. The World Series Cricket rebellion lasted only 17 months, ending with a compromise between Packer and the authorities. Packer had his TV rights, cricket was transformed into a professional game and the way was paved for players and administrators to pick up the riches they do today.