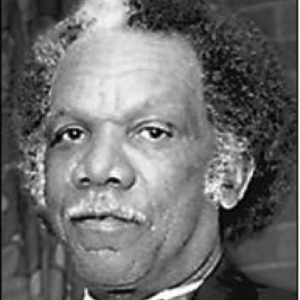 Caribbean nationals across the United States and Canada mourned the loss of Keith L. Carr Sr., O. M., one of the most entrenched activists of Harford, Con-

necticut, who passed away on Monday, January 7, 2008, at the Newington Healthcare Center, Newington, Connecticut. He was 77.

Contending that cricket represents an integral part of West Indian culture and should be preserved in the city, through hard work and dedication, Carr was able to get some well needed improvements done to the cricket fields in Keney Park, which at one time was revered as the best cricket fields in the country.

Possessing a strong interest in youths, Carr was also instrumental in the launching of a successful youth cricket program in the city. His dedication to the program resulted in Connecticut youngsters not only getting the opportunity to showcase their cricketing skills against teams from Trinidad, Barbados, New York and New Jersey, but also help from a qualified coach out of Trinidad.

cricketers from the Holmwood T echnical High School of Jamaica came to Hartford along with their well recognized coach to assist with the program. While here, the Holmwood young- sters also participated in the local competition.

Born in Kingston, Jamaica, Carr considered by many as one of Hartford’s and Jamaica’s “favorite sons,” was well known for his community involvement and

his efforts to maintain and promote Caribbean culture.

A former Executive Director of the West Indian Foundation, Inc., he played an integral part in the production and performances in Hartford of world class Caribbean events and international performers including the National Dance Theater of Jamaica, popular comedian Oliver Samuels and the World Calypso Monarch.