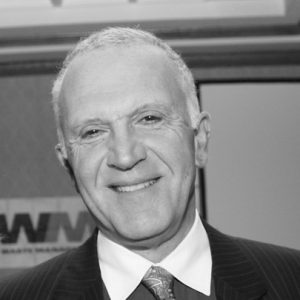 One of the original and longest serving borough com-missioners, Julius Spiegel was appointed by Parks Commissioner Gordon Davis in 1981. With over 23 years of service, Commissioner Spiegel has become an institution at Parks, and Brooklyn in particular.
Commissioner Spiegel received his BA in Sociology from McGill University in 1968 and his master’s degree from New School for Social Research in 1972. Prior to his appointment as Brooklyn Borough Commissioner of the Department of Parks and Recreation, he worked with the Housing and Development Administration, the Office of Management and Budget, the Department of Housing Preservation and Development, and the Mayor’s Office Operations.

Commissioner Spiegel is a tireless advocate for all of Brooklyn’s green spaces, and his efforts have spawned considerable improvements throughout the borough. Since his appointment, Commissioner Spiegel has worked with elected officials to successfully obtain over $500 million in capital funds. Under his leadership, Parks and Recreation renovated and restored Ocean Parkway and Eastern Parkway, pruned every street tree in the borough, created Brooklyn’s first skate park at Owl’s Head Park, created the Salt Marsh Nature Center at Marine Park, installed synthetic turf fields at the Parade Grounds, Fort Hamilton Field, Rod Hook Field and Dyker Park, and renovated the Brooklyn Heights Promenade, Metropolitan Pool, and the Fort Hamilton Senior Center. He has also worked on the revitalization of Coney Island, securing $25 million in capital funding, organizing new programming and procuring new amenities for the Coney Island Beach and Board-walk.
Commissioner Spiegel has consistently supported the sport of cricket during his term in office. Every effort is made to ensure that cricket players have access to fields at Marine Park, Canarsie Park and Monroe Cohen Park. It was at his direction that the City of New York constructed the first field designed exclusively for cricket at the Gateways Estates. Commissioner Spiegel is married to his wife Suzanne and has two sons, Max and Sam.