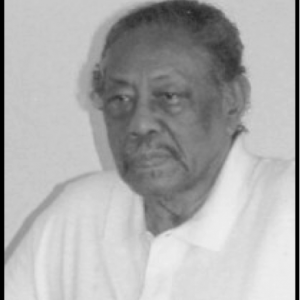 Responsible for the revival of CHF

Before leaving Jamaica, Chance racked up an impressive career as an all-rounder in the cricketing circles of the island. An aggres- sive batsman and effective leg-break bowler, Chance has the distinction of being the first bowler to capture nine wickets in an innings in a major competition in Jamaica and receiving 14 of 20 prizes

given out at the awards ceremony of one of the competitions that he played in. As a batsman he averaged more than 700 runs per season and as a bowler more than 50 wickets.

On his arrival in the U.S., in the 1960s, Chance played for the West Indian Social Club in the American Cricket League where he earned the respect of the teams he played against.

He retired from active participation on the field, but continued to contribute to the team as an administrator. In 1997, his interest was aroused when he was approached by then Sportmen’s Athletic Club’s president Linford “Junior” Miller, to take on the task of getting the Cricket Hall of Fame back on track. Chance accepted the challenge and in no time he successfully put in place a working committee.

Through his hard work and dedication, what looked like a dream at the time, was realized as the Hall of Fame was able to bring in Sir Vivian Richards for the 2001 induction ceremony. The institution has not looked back since. Under the leadership of former

Sportmen’s president Michael Chambers, it has used the jump start given by Chance to induct a cricket star each year, which includes Sunil Gavaskar and Gundappa Vishwanath of India and former West Indian stars Michael Holding, Joel Garner, Gordon

A very determined individual, Chance did not stop there. While continuing his work with the Hall of Fame, he also found time to get together with the late Keith L. Carr Sr., the then Executive Director of the West Indian Foundation, to launch Hartford’s first youth cricket program. To get the program off the ground Chance went into the schools and approached par- ents in the community to recruit youngsters for the program. The

program which began with most of the youngsters being mere novices to the game, developed to such an extent that they eventually were able to put together a team that competed favorably against teams from Trinidad, New York and New Jersey.

This stalwart of the Cricket Hall of Fame passed away on Saturday, January 24. Chance, who succumbed to an ongoing illness was 89 years old.