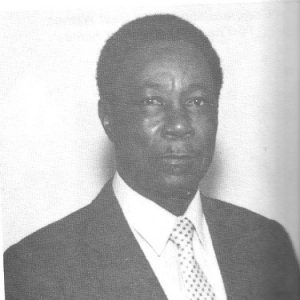 Joshua Guthrie was born in Jamaica and migrated to Hartford, Connecticut in 1956. Josh loves cricket. He played cricket for the West Indian Social Club from 1957 until 1962.
In 1962, along with friends, Josh has held every office in the Sportmen’s organization. It is interesting to note that for many years Josh and his lovely wife Betty allowed Sportmen’s the use of their home as headquarters.
When Sportmen’s purchased their facilities at 2976 Main Street, Hartford, in 1977, Josh figured prominently in the acquisition. Josh has been Permittee of the organization since 1979.

Josh played cricket for the Sportmen’s Athletic Club from 1963 until 1984. Some would never refer to Josh as a batsman or a bowler, but he has however, on numerous occasions performed brilliantly batting and bowling for the club.