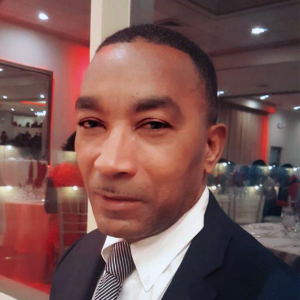 Joseph Allen was born in Mines District, Saint Ann, Jamaica, next to a cricket field. It was his destiny to achieve his true calling in the world of cricket. At an early age, "Joe" developed a passion for cricket and a unique talent for playing the game. By the age of 12, he represented his school (Mount Zion All Age), playing competitive matches against similar All-Age schools in the parish. Finally, at age 14, Joe represented the St. Ann's Bay Junior Secondary School as the team's captain. In 1972, he moved to Kingston to attend St. Andrew Technical High School. Although he played some cricket in Kingston, his real passion was playing for the parish team in St. Ann. To accomplish that, Joe traveled to St. Ann every weekend to play against the senior parish players. Finally, after two arduous years during which time he never thought of giving up, Joe was selected for the St. Ann parish team. However, as with many things in life, as one's dreams come true, situations change. For Joe, shortly after making the parish team, he migrated to the United States of America.

In 1980, a young, spirited, highly passionate Joseph Allen joined the Cornwall Athletic Club in New York as a ferocious left-arm fast bowler. He was selected for the New York Cricket League's (NYCL) All-Star team in 1981. By the end of the season, he was named MVP after capturing 41 wickets.

Joe Allen was selected for the 1982 New York Metropolitan All-Star Team and got an opportunity to play against world-famous cricketers such as Dennis Lillee, Bryan Lara, Curtly Ambrose, Courtney Walsh, Carlyle Best, and many others.

At the start of Joe's cricket career, it became quite evident his passion for winning was limitless, but his biggest asset was his leadership ability. Joe was quick to demonstrate to his peers that if leaders demonstrate key values of respect and integrity, people would admire those attributes and want to follow them. Joe's strong leadership is also in building credibility. He does not believe that leaders can "tell half the truth hoping the other half doesn't show up." He is fond of saying "trust in truth" and embrace the values of respect and integrity.

In 1984, Joe became captain of his team in the NYCL, a position he held through 1987. During that time, his team won numerous championships. He was named MVP for the NYCL five times and garnered countless individual awards for his performance against the Commonwealth and the Long Island Cricket Leagues. In 1993, Joe Allen was selected for the United States national squad but got injured and was unable to travel with the team overseas.

For his outlook and approach to leadership and the many management roles he has held, Joe Allen became known as "Joe the Leader." He recognized that all organizations must have competent leadership to survive; thus, the management of any organization must be considered just as important as participation.

Over many years in Cornwall Sports Club, Joe has held several executive positions, namely: President, Vice-President, Cricket Captain, Public Relations Officer, and Treasurer. He currently holds the position of Treasurer of the club. As an added responsibility, he has coordinated many overseas cricket trips to Canada, Barbados, Jamaica, and in the USA.

Joe has been with the Sportmen's Athletic Club (SAC) of Hartford, Connecticut, since 1981 and was a member of the club for several years. His leadership was once again demonstrated a few years ago when the Van Cortlandt Park in New York was being renovated. To keep the Cornwall Cricket Club's team together rather than break apart and play for different teams in New York, he asked the members to join the SAC and play cricket with them, winning 6 of 8 Connecticut Cricket League championships in Hartford. The players in New York still talk about that incredible leadership maneuver.

When the Bronx Crusaders Masters team participated in the Michael Holding Masters Tournament in Jamaica, Joe arranged for the team to sponsor a youth cricketer who passed his exam to High School. The group continues the tradition in its annual tour to Jamaica. Additionally, Joe has been sponsoring a cricket and a football team for the past 25 years in his hometown of Mines District, St. Ann, Jamaica.

The Michael Holding Masters Tournament (MHMT) has since been discontinued; however, a new organization, United States Masters Cricket Association (USMCA), took over, and an annual tournament was created. Once again, Joe was one of the key individuals considered for a leadership role in developing the new organization. The first-year USMCA tournament was considered a huge success. Joe is currently the Hospitality Coordinator for USMCA.