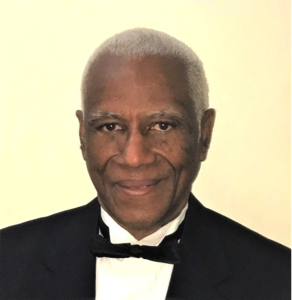 John Samuel Melbourne has been a sports radio broadcaster in the New York metropolitan area for 37 years.

John’s journey into radio broadcasting started in 1982 on WLIB (1190 AM) radio first as a contributor, then as a fill-in to Claude Tait’s “On The Ball” Caribbean Sports talk show.

During the early nineteen eighties and while the West Indies were cricket kings of the world, the “On The Ball” program focused mainly on cricket and he was asked to contribute information on sports other than cricket that Caribbean people participated in.

When Claude left WLIB in 1989, John was asked to continue to provide Caribbean sports updates, as well as host the Friday afternoon talk show. He immediately renamed the show “Caribbean Sports Magazine” that encompassed the wider Caribbean sporting community and the show went from a half hour program to a one hour Caribbean Sports talk format starting at “high noon” on a Friday.

John loves to tell the story of the Sir Gary Sobers and the Sir Viv Richards visits. It so happened that prior to Sir Gary’s visit someone published an all-time West Indies team in a newspaper. When he shared it with Sir Gary, he responded by saying “anyone who doesn’t have Sir Everton Weekes in a West Indies all-time team doesn’t know a ‘dam’ thing about cricket”.

As for the Sir Viv Richards interview, after it concluded, John took Sir Viv to an Indian restaurant for lunch. To his surprise Sir Viv was immediately recognized and just about the entire restaurant staff came out to meet and take pictures with the ‘Master Blaster’.

In the late 1980s and early 1990s, the internet and streaming were not yet common place, so in order for John to accurately report on test cricket when the West Indies played, he had to call the cricket venues directly or radio stations around the Caribbean to get the latest scores. It was important to him to provide the latest and most accurate information.

One of the difficulties he encountered, from a local perspective, in the early days at WLIB, was obtaining information on and about local cricket leagues, particularly game schedules and scores. Fortunately, thanks to people like Charles Simpson, Hugh Pitter and the late Roy Sweeney, he was able to keep the New York cricketing community updated on local cricket happenings.

Working at WLIB, afforded him many opportunities. One of those he treasured was being part of a broadcast team to call an international soccer friendly at the Yale Bowl in Connecticut between Brazil and the United States in the early nineties. That was just a totally different experience.

The relationship with WLIB as a broadcaster lasted into early 2000 when the station changed its format.

Following WLIB, Conroy Allison asked John to join his Winners Circle Radio show on WVIP 93.5FM, which is heard every Tuesday through Friday between 11 a.m. and 12 noon to provide Caribbean sports news and updates. That relationship is now 12 years old and just recently incorporated a live interview segment with a sporting personality on a Friday at 11:20 a.m.

Despite the move from WLIB to WVIP the modus operandi remained the same, providing the local cricketing community with information on local cricket. Thanks to the support of the Metropolitan Cricket League’s Dervon Wallace and New York Cricket League’s Caswell Bryan, John continues to provide weekly reports on game schedules and scores.

In the mid-nineties John was asked to join New York Caribbean Cup Inc., a non-profit community organization, as an executive board member for their soccer program. Since then he has spent the last several summers helping to promote and organize the program whose games are played in Brooklyn. In 2016, Caribbean Cup celebrated 25 years as the community’s premier soccer program.

CaribbeanFever.com presented John with a Trail Blazer Award at the Barclays Center in 2012 for his work in Caribbean Sports.