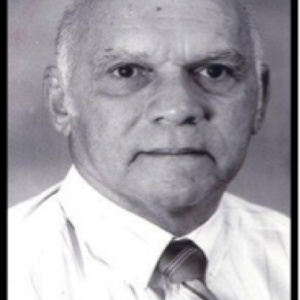 A graduate of the Jamaica School of Agriculture, John Gayle, O.D., became highly accomplished in the field, in which he conducted research on the vegetative propagation of plants with special emphasis on pimento, the well-known Jamaican spice. Although he became one of the top agricultural officers with the Ministry of Agriculture, Gayle was also an ardent lover of the game of cricket, who had the distinction of being elected captain of the Portland parish team in 1961 and 1962, during the running of the Nethersole Cup cricket competition, which then was contested among the rural parishes in Jamaica. As Farm Manager of the Caenwood Agricultural Station at Hope Bay, Portland, he re- established a cricket ground on the property which according to

the players had the best pitch in the entire parish. With his playing days coming to an end, Gayle decided to become an umpire and in 1964, was successful in the examination held by the Jamaica Cricket Umpires

Association, the second oldest umpiring organization in the world. It was formed in 1946, and was also the only organization existing at the time, which required candidates to sit for examinations before becoming an umpire.

Gayle retired in 1990. After his retirement, he served on many occasions as referee in regional matches and as a third umpire in Test matches at Sabina Park. He was also appointed by the Jamaica Cricket Association as a member of the Umpires Sub-Committee. During his first class career which lasted 20 years, he stood in three Tests, 32 first class matches, and a host of One- Day Internationals (ODIs). He has been credited with the formation of the Cayman Islands Umpires

Association, having accepted an invitation to assist in its formation. He was invited along with his colleague Douglas Sang Hue to conduct seminars in Canada and Belize, and visited the U.S. on umpiring business, through the instrumentality of his close friend and colleague Lloyd Scott, who began his umpiring career in Jamaica. Scott has made valuable contributions to West Indies cricket.