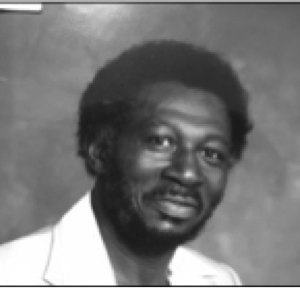 Jerrine “Black Boy” Thompson will be remembered as one of the most popular and outstanding cricketers to play in the Hartford area. Thompson, who burst on the Hartford cricketing scene in the late 60’s, is a big hitting batsman and an excellent fieldsman.

He was described by those who had the honor to see him in action as a superb all-rounder. It was also said that Thompson, who hails from Trelawny, Jamaica, if he had stayed at home and gotten the necessary exposure, could well have made a name on the

national and international cricket circuit as a member of the Jamaica and West Indies team.

Giving the eulogy at his funeral, Michael Chambers, then Vice President of his beloved Sportmen’s Athletic Club, said that Thompson, who excelled in all the sports that he tried out, was indeed the super star of Hartford cricket. A classy dresser, like the flamboyant personality that he was during his lifetime, Thompson died on his birthday, Wednesday, October 19, at the age of 54.

Jerry’s regular shouts of “How’s that?” which he yelled from the sidelines after his retirement is missed by local players and fans alike.