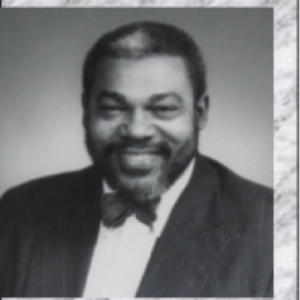 Jeffrey R. McLeod was born in Clarkston Trelawny on May 26, 1954, at an early age he demonstrated outstanding athletic talent especially in track and field. he attended Cornwall College in Montego Bay where he would blossom into one of Jamaica’s finest ever high school athletes. while at Cornwall Jeff earned school colors in six individual sports, still a school record. he represented Cornwall College in cricket, field hockey, football, track and field, lawn tennis and table tennis.

presented in a forum format to high school athletes entitled how athletics impact academics and the skills that different sports, especially cricket help students develop academically and hone skills used in lifelong professions and the world of work. that seminar has been presented twice in the past 4 years and is being fine-tuned to take it on a national scale.

Presently he resides in Palm Bay Florida, he is a member of the Caribbean organization which has a cricket team. He remains involved in cricket, he periodically umpires fete matches and assist with any willing fast bowler who wants to learn. He is a life mem-

ber of the Michigan Cricket Club and served as a board member and secretary for the Brevard Caribbean American Sports and Cultural Organization Inc., a not profit 501 c (3) charitable organization. As secretary he was responsible for drafting invitation and visa letters to enable touring team members to get visas to travel to Florida to participate in tournaments or touring games.

He has been the master of ceremonies at the Jamaican Cricket Association of South Florida awards banquet. He has moderated cricket forums discussing such issues as what has happened to West Indies cricket and are todays cricketers better than the old timers.

While playing in the Southern Ontario he was instrumental, along with a teammates and former Jamaica u-19 cricketer, the late Neville Wilson, in inviting and bringing legendary umpire Steve Bucknor to the Southern Ontario League to umpire and conduct umpiring seminars. Wherever he has lived, he has been involved in cricket and will remain so as long as he is able. He is an avid west indies supporter and cricket fan. He goes to watch and support them whenever they play in the US. He is a lifelong cricketer and will remain involved in this wonderful sport for the rest of his life.