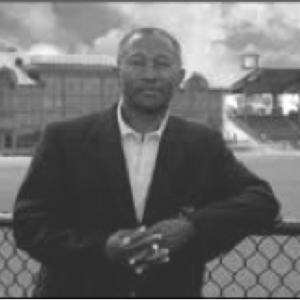 Born in Sargeant’s Village, Christ Church, Barbados on July 12, 1959, Jefferson Courtney Miller’s cricket interest started while he was attending St. David’s Primary School. Miller’s love for the game continued and during his studies at Parkinson Secondary School, he represented the school in the

He migrated to New York in 1977 and completed his high school education at George W. Wingate High School in 1978. He went on to attend the State University of New York at Stonybrook, where he graduated with a BA in Political Science in 1983.

While in New York, Miller represented Casablanca Cricket Club in the American League, and Hillside in the Eastern American Cricket League. He represented the American All-Stars against the Kerry Packer World XI at Shea Stadium in 1986 and toured Antigua and Barbados. From

1978 to 1986 Miller represented the United States of America as a fast bowler, and toured England, Bermuda, Antigua, Canada, Bahamas and Barbados. In 1986 he represented the USA at the ICC Trophy in England and had the distinction of taking a hat-trick against Canada.

On moving to South Florida, Miller took up a career in the mortgage and real estate industry, and represented Caribbean United, Lauderhill International and Barbados to several championships in the South Florida Cricket Tournament. His professional career as a mortgage broker has spanned many years and he is currently Chairman and CEO of Jefferson Financial Mortgage Corp. and Jefferson Financial Group, Inc. Miller currently sits as President of Lauderhill International Cricket Club.

In 2003 Miller was nominated to the Broward/Lauderhill Cricket World Cup Local Organizing Committee, and is currently a member of the City of Lauderhill Organizing Committee for Mayor’s Night Cricket Tournament. Between 200 and 2001, he was appointed a member of the USA National Selection Committee and appointed Chairman of the USA National Selection Panel in 2005.

He was recently elected Executive Director of Broward/Lauderhill Cricket, Inc.