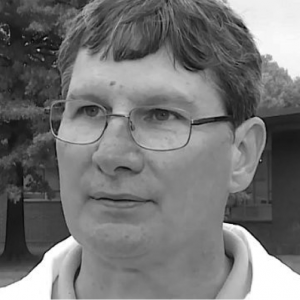 Cricket has a bright future in the U.S. By STAN WALKER

Despite what many people may be thinking, cricket, the second most popular sport in the world, has a very bright future in the U.S. This is the contention of Jamie Harrison, president of the United States Youth Cricket Association (USYCA).

A Baltimore educator, Harrison made the declaration shortly after he was inducted into the Cricket Hall of Fame at ceremonies held at the Hilton Hotel, Hartford, Connecticut, on Saturday, October 6. The reason why the many individuals who have tried from time to time to get the game in the schools have failed is because they were not going about it in the right way, he said. Instead of trying to teach the kids how to bat or bowl, they should at the moment just concentrate on playing the game with them, he said, and called on the retirees and those involved in the Masters Tournaments to get involved in helping with the promotion of the game.

A history teacher, Harrison said that in April of 2008, he led a group of students on a field trip to Virginia. While at a Civil War site, they were introduced to the sport, which was demonstrated as a historic artifact. He and his students and parent chaperones were invited to play and they immediately fell in love with the game. Upon returning to Baltimore, his students asked him to moderate their new cricket club, and over the year, he watched American high school students go from cricket novices to fanatics. He also learned the game as they did and became their first cricket coach. He then pushed on with a pilot program which was sponsored by DreamCricket.com, where he delivered a cricket set and training to schools. The program went so well that Dream Cricket expanded their support to 100 sets. With that, the idea for the youth cricket association was born.

After spreading the word on the internet and social media, he along with two other enthusiasts, Edward Fox of Kansas and Rakesh Kallem, Connecticut, created the association and were joined by many other like-minded individuals across the country.

Since the launch of the association, the group has delivered sets and training to over 700 American schools and brought the game to tens of thousands of children in the country. USYCA has since launched a number of programs that will allow these children to play outside of school and receive proper coaching. This will be the start of what will eventually become new junior teams and leagues, all across America, he said.

Harrison is so confident that the sport will become very strong in the country that he has expressed optimism that America will one day become world champions of the sport.