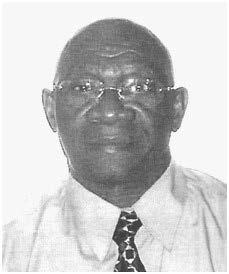 Born in the district of Danalva in the parish of Hanover, beautiful Jamaica, Isaac Pennycooke has chalked up an impressive career in the sport of cricket in his native Jamaica, England and Canada. As a youth he excelled in the game for his school and village.
Penny, as he is affectionately called, migrated to England in 1956 and immediately joined the Yorkshire Elect Board (Y.E.B.), where he starred for four years as a right-hand swing bowler. He left England for Canada in 1961, choosing the French province of Quebec to call home. Penny’s passion for the sport can only be summed up as “incredible.” He played cricket for four different clubs in Quebec for an unprecedented 43 years - 35 for Rolls Royce Cricket Club, the company where he was employed. As Sports Director at Rolls Royce, he was responsible for the establishment of the cricket field. After his retirement from Rolls Royce, he played for the Verdant Cricket Club for five years.

As a fast swing bowler with the distinctive “round arm” action, Penny is well known and very much respected throughout many cricketing circles. He was the ultimate workhorse for every team he represented. All opening batsmen knew no matter how they hoped, they had their work cut out whenever they faced Penny, because though they may have an easy time at bat facing the other bowlers, to their dismay, when it came to Penny, who was usually seen with a broad grin on his face and a new ball in hand, like a soldier, he was ready to do battle.
Penny never missed a cricket game. He was a fierce opponent of the well-respected Sportsmen's Athletic Club of Hartford’s cricket team in which he enjoyed some memorable competition. His relationship with Sportsmen has lasted over 28 years. He will always be remembered as the consummate sportsman who is willing to travel hundreds of miles to promote this wonderful sport.

During a Canadian Inter Provincial Tournament in Ottawa, Penny was privileged to play against one of the best batsmen in cricket, the West Indian and part of the great 3Ws, Sir Everton Weeks. He was also selected as an ad ministrator, player and the cricketing fraternity is very grateful for his contribution.
Po st retirement, Penny continued to express his love for the game. He joined the ranks as a qualified umpire in the Quebec Cricket Federation, where he continued to serve. We believe Penny’s inducted into the Cricket Hall of Fame is well deserved.