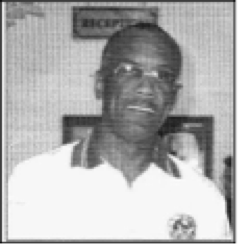 Hubert Carlyle Miller, born in the land of many waters, Guyana, represented that country on all levels of first-class cricket. Miller boasts an impressive list of accomplishments as both a bowler and batsman. His only regret is that he never scored a century. He came close, 99.

During 1967, he scored 638 runs and captured 64 wickets, includ- ing 13 for 67 against Everest Cricket Club. The lanky bowler played with such stars as Clive Lloyd, Lance Gibbs and Phil Blair, while representing Demarara Cricket Club in Guyana - a club that produced several national and international stars.

A former captain of Atlantis Cricket Club, Miller joined the club in 1969 and partnered with his countrymen Vincent Mayers and Lance King as part of a dominant Atlantis force in the New York metropolitan area. As Atlantis’ captain, he saw the club capture three championships in five years.

Miller has certainly made an impact on the game in the United States, having captained its national team and was selected to represent a Rest -of-the-World XI in 1973 along with fellow club member, Lloyd Cornelius. He captained several U.S. All-Star teams, including one which defeated a Rest-of- the-World XI that included Sir Garfield Sobers, Barry Richards,

Atlantis’ president from 1984-1995, Miller was the victorious manager of the U.S. National team in the ICC Six Nation Tournament held in Sharjah in 2004. He also managed the team to the ICC Championships in September 2004 held in the U.K. One of the first Regents of the Cricket Hall of Fame, Miller was recently elected as a director for the New York Cricket region.