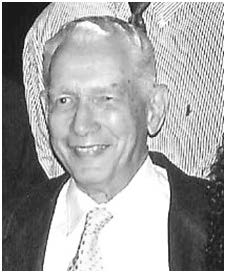 George Scott was born in St. Andrew, Jamaica in 1927 and was educated at Kingston College, in Kingston, Jamaica and St. Andrews University in St. Andrews, Scotland. He served for over thirty years as an educator in Jamaica, in later years as headmaster of Knox College, a complex of schools widely recognized for its creative and innovative approach to education and development in a third-world environment.
The Scott family moved to Hartford in 1979 where Mr. & Mrs. Scott established the Hartford West Indian Bakery which has rapidly grown to become a landmark business in North Hartford. Recently, the business has been expanded to include Boonoonoonoos, a take-out restaurant at the Pavilion in downtown Hartford, successfully bringing the ethnic Jamaican cuisine into the mainstream restaurant market of the Capital City. In 1986, Mr. & Mrs. Scott won the Small Business Association Award as the minority business persons of the year for Connecticut.
George Scott is well known and respected for his involvement in the West Indian community of Greater Hartford but even more important for his extension of that role into a wide variety of sectors in the community at large. He has been active in the sector of business and commerce. As Vice-President for urban Affairs of the Greater Hartford Chamber of Commerce, he has helped to extend the Chamber’s sphere of involvement to include the economic development of the Upper Albany Neighborhood. As President of the Upper Albany Merchants Association, he has played a pivotal role in bringing the merchants together with Hartford Neighborhood Housing Services to form a Commercial Revitalization Committee for the development of Albany Avenue.
As President of the Private Sector Organization of Jamaica (PSOJ) of Connecticut, he assisted that organization to combine with the Chamber of Commerce and the State of Connecticut to organize a successful fact-finding Trade & Investment Mission to Jamaica in May of this year. In the sector of community services he has been equally active. He serves on the Board of the Private Industry Council which works to alleviate the plight of the unemployed in Hartford. As a member of the West Indian Task Force, he has contributed to the successful establishment of the Hartford Board of Education’s program for orienting newly arrived West Indian children into the school system.

As a churchman, he is active as a Vestry Member of St. Monica’s Episcopal Church, representing that Parish at the Diocesan Synod of Connecticut. In addition, he is also a Director of the Wadsworth Atheneum and the First Bank of West Hartford while he serves on the Advisory Board of the World Trade Association of Connecticut the Barney School of Business at the University of Hartford.
Mr. & Mrs. Scott have four children, Gordon, Robert, Rachael and Michael.