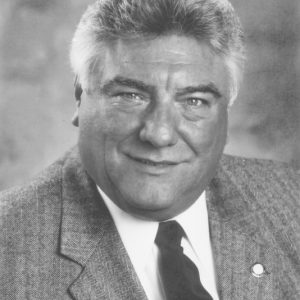 Frank R. Seddio is a born and bred New Yorker who grew up in the Canarsie Section of Brooklyn. He was educated in our local schools, including Tilden High School and Brooklyn College. He is also a graduate of the St. John’s University, School of Law. Mr. Seddio’s civic involvement spans over four decades. He has served as the President of the Thomas Jefferson Democratic Club. He was the Founder and President of our Local Volunteer Ambulance Corps. He is a member of the Board of both Canarsie AWARE and Youth Dares which serve our children’s educational needs. He was the Founder and President of the East 90’s Community Association.
Mr. Seddio has been active in the Knights of Columbus for over forty years and served as Grand Knight of the St. Pius X Council. He also serves as the Parliamentarian for the New York State Council. In July 2000 Mr. Seddio was presented the “Pro Pratia Award, the highest award given by the Knights of Columbus in New York State.
He is actively involved in raising funds for the Brooklyn Boy Scouts Council, is a member of the Friends United Community Association and the Marine Park Salt Marsh Alliance. And is also a member of many civic and community associations in his district. He served as District Manager of Community Board 18 from 1980-1985, then as Chairman of C.B. 18 from 1995-1998. He has the unique distinction of being the only district manager in New York City to also have served as a Board Chairman.
Mr. Seddio was also a member of Community School Board 18, where he was also Chairman of various committees. He was honored by I.S. 252 in that the school has designated an annual Graduation Award in his name to be presented each year. Frank Seddio currently serves as a member and Legal Counsel to the West Indian American Day Carnival Association. He has been active in this huge cultural event for over 30 years and was the architect of the parade, which is held each year on Eastern Parkway in Brooklyn on Labor Day.
His professional career began as a member of the New York City Police Department, where he served for over 12 years as the Operations Officer, and then Community Affairs Officer for Brooklyn South, the police borough headquarters. In March 2002 he was selected as the Man of the Year for the Police Department’s Holy Name Society in recognition of his outstanding efforts on behalf of that organization. He served in the New York City Department of Transportation as Director of the Transportation Intelligence Division, Assistant Commissioner for Enforcement, and First Assistant Commissioner before retiring to begin a private law practice in Brooklyn.
He was elected to the New York State Assembly in November 1 998 and has served with distinction. Frank Seddio is also an attorney in private practice with offices in the southeast section of Brooklyn. However, with all of the accomplishments aside Frank Seddio is best known for the elaborate holiday display that surrounds his property on Flatlands Avenue, Brooklyn. This display is visited by thousands of community residents each December.