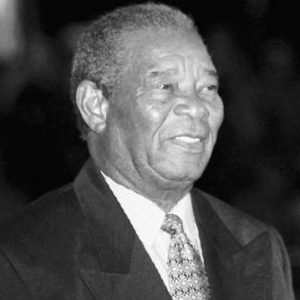 Born February 26, 1925, in Barbados. His involvement in the sport of cricket has been a colorful one.
Often called “nimble, powerful, exciting and ruthless batsman.” As a batsman he attacked bowlers in a relentless manner for long periods with tremendous success.
Everton Weekes one of the Three W’s who dominated West Indies cricket in the years after World War II, was the most brilliant on his day and his day was a frequent occurrence.
In New Zealand in 1955-56 he made five successive hundreds, by 1971 a feat only three batsmen had surpassed, and by then, no one had beaten or even equaled his feat of making five hundreds in successive test innings, one against England in 1947-48 and four against India a year later in India. He was heading for a sixth when he was run out for 90 in his next innings.

When he arrived in England in 1950, he had already acquired a big reputation, and it was soon being lifted even higher. An innings of 232 against Surrey was followed by 304 not out at Cambridge in five hours 25 minutes.
He played for the West Indies from 1948 - 1958. Captain Barbados 1960 - 1965. He scored 4, 455 Test Runs - averaged 59. It is of note that only one Six “6” was struck in the above number of runs.
Back in the Caribbean he had a successful series against Pakistan, but during it he announced his retirement from Test Cricket. When Peter May’s England side arrived in 1959 - 60, they met Weekes as captain and coach of Barbados, whom he led to victory against them without batting, but with some flighted leg-breaks with which he took 4 useful wickets for 38 in MCC’s second innings. He coached cricket for the Barbados Government for eleven (11) years from 1958 - 1969.