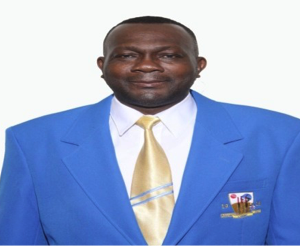 His love for the game started at a tender age

According to Elvis Grant, who was born in the pariah of Westmoreland, Jamaica, his love for the game of Cricket started at a tender age, where he played Primary School cricket, Community cricket and represented the Frome Technical High School in all parish competitions.

He migrated to New York in the Fall of 1982 and played his first game in Van-Cortlandt Park in 1983 representing the then Pelham Cricket Club. Unfortunately, after the end of the 83 season he had to take a break which was due to work and school activities. It wasn’t until 1988 after my family joined me and I had them settled that I made a return to Cricket, this time as a member of Primrose Cricket Club and I never looked back, he stated.

In 2005, Elvis was once again elected president, his second tour of duty as President. This rime he served for 10 consecutive years and is the only President in the history of this organization to serve for 10 years. In 2013 he was the President who led the club to its 100th anniversary and was fortunate to be inducted as Life Member for his 25 years of consecutive service to the organization.

In 2016 after the end of his presidential service, Elvis remains an active member of Primrose and gives advice when asked.

“I am proud to say I have served for 31 years with club and will continue to do so as long as I am able to,” he said.

Elvis became a member of the United States of America Cricket Umpires’ Association in 2006 and is also a Certified Umpire. He has officiated in various games within the tristate area. Presently he is the Recording Secretary for the New York Cricket League which is located in Bronx.