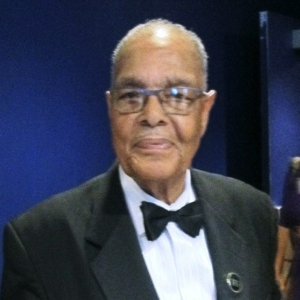 Edwin W. Carty originally from Jamaica, West Indies, has lived in the Hartford area for over 40 years. During those years he has worked for industry as an HVAC Technician for over 12 years, before turning to Human Services in the areas of Job Development and Employment. He worked for the Community Renewal Team of Greater Hartford, the Urban League of Greater Hartford, for the Capitol Region Workforce Development Board and South End Community Services.

Carty has been involved in a number of social and community based or- ganizations. He is one of the founders of the Caribbean American Society of Hartford (served as President from 1971-1975 and 1992 - 1993). Carty is one of the founders of the West Indian Independence Day in 1962, was an advisor to the Caribbean American Society's Capitol Boy Scout Troop #473, and is a member of the Jamaica Ex-Police Association.

Other affiliations include, The Hartford Downtown Lions Club, Sheldon Oaks Central, former board member of the Town of Windsor Human Relations Commission, and Center City Churches (now Hands on Hartford). He was also a Notary Public and a Justice of the Peace. A talented Master of Ceremonies, Carty is sought after by a number of organizations in Hartford including churches to be the host of their functions and other individuals at their weddings.

In 1956, he married the love of his life Eileen Morgan Carty, who passed away in December 2008. They have three children, Linnet, Howard, and Monique Dawson, a son in law Philip Dawson Jr., and four grandchildren, Philip J.III (Trey), Blake Edwin and Candace Eileen Dawson and Logan Remedios Carty. He and his wife Eileen were members of the First Presbyterian Church of Hartford for almost 37 years and retired to Florida in 1996 and returned to Hartford in 2005. Carty has a great love for children and is always encouraging them to stay in school and strive to be the best that they can be.