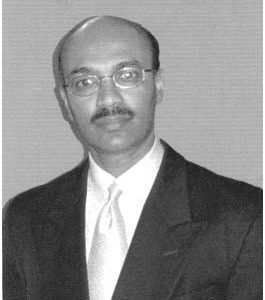 Dr. Mohamed Shameem Ali is one of those small giants at the grassroots level of the cricket fraternity who has made many contributions but never once sought to be elevated into the spotlight. Sham Ali as he is called by his friends, is one of the most dedicated and loyal servants of cricket. He has given unwritten service to the game in the United States for over three decades.

Growing up from very humble beginnings in a small village of Ogle on the East Coast of Demerara, Guyana, Sham Ali’s love for cricket was evident at an early age. In the early sixties, Cummings Lodge Secondary Inter schools com-petition and the Ogle boys’ club cricket served as the early springboard for his love for the game. Sham Ali never envisioned that upon migrating to the United States in the late 70's that cricket would present him with the ingredients to further enrich a culture that he had left behind; nor did he foresee the opportunity to play and serve the game as diligently. That opportunity came in 1978 when he attended Taft High School in the Bronx. Sham Ali organized his fellow Caribbean students into the Rangers Cricket Club playing at Van Courtland Park in the Bronx. In 1983 the name changed to Cosmos Cricket Club when the club applied for membership in the Metropolitan Cricket League (MCL).
Sham Ali served as secretary of Cosmos for 24 years and then as president from 2007 to the present. He has been the main artery of Cosmos through the years as the team blossomed into one of the most successful and discipline clubs in the region. Sham's dedication to cricket has not been confined to Cosmos. Despite his rigorous academic life albeit from Taft High School to New York University medical school, Sham has never resisted the opportunity to lend a hand to the New York Cricket community in a meaningful way. His efforts rose above and beyond the call of duty. The New York Region (NYR) cricket needed a direction if there was any hope for the survival of the game. And so along with his colleague Clifford Hinds, then president of the MCL, they jump-started a youth program in 1999 from which the MCL Under-23 team emerged.
The youth movement immediately gave rise to an MCL Under-19 team. That subsequently filtered to the other leagues with Kris Persaud leading that leg of the program and eventually, the region was on board.

The youth movement received a major boost with the former West Indies fast bowler Mr. Michael Holding's ambassadorial visit to the New York Region in 2000, under the auspices of the International Cricket Council (ICC) developmental program. Mr. Holding’s presentation at the schools made an impact and cricket was given a new life as it heralded its way into the schools in the year 2000. Cosmos was the only club to implement a youth program initiative. It became a sign of the times and Cosmos expanded their vision by liaising with the cricket team from Stuyvesant High School, the Stuyvesant Tigers; which conducted coaching sessions for the students. This was a major undertaking since the students came from various backgrounds.
Fortunately for cricket Sham’s work is not done; he is actively researching the historical facts of the Metropolitan Cricket League to be archived on the cricketarchive.com website.