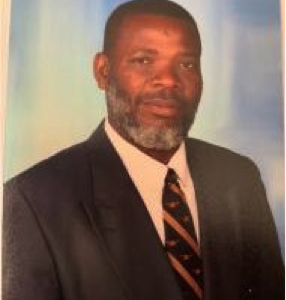 Among premier cricket thinkers in the USA

Dr. Linden Dodson who emigrated to the USA in 2000 from Guyana and played for the Roraima Cricket Club (Brooklyn League) as a Manager/Player in 2002, is today recognized without any doubt among the premier cricket thinkers in America. A Veterinarian, College Professor, cricket administrator, cricket journalist, team

He represented Malteenoes Sports Club (MSC), Thomas Lands, Georgetown at the tender age of 14 in the Northcote Cup (second division) under captain Rudolph Phillips and later Case Cup (first division) under captain Rex Collymore. In 1975, he participated in the Benson & Hedges Under-19 trials opening the batting with Andrew Lyght (Monster) in several matches which was the beginning of a lifelong friendship. In 1976-1983, Dr. Dodson extended his hiatus from cricket while attending Tuskegee University School of Veterinary Medicine, Tuskegee, Alabama. In 1984-2000, he was treasurer for MSC whose role was to oversee the book-keeping and fiscal policy for the club and its teams. In 1985-1999 he served on the Guyana Cricket Board Competitions Committee and in 1985-1990, he was the captain for the club’s second division team.

Dodson became the manager for MSC’s first division team in 1990-2000 during which time he played an Integral part of the leadership of MSC’s Cricket Academy whose alumni included former West Indian player Ramnarase Sarwan and former USA captain, Steve Massiah. In 1994-1996 Dr Dodson, Claude Raphael and Omar Bacchus piloted the introduction of “money cricket” to Guyana in form of B & B Knock-Out for lucrative prize money. In conjunction with Food for the Poor, Dr. Dodson, in 1997-1999 helped piloted Cricket outreach to villages in Upper Demerara River, Guyana. Cricket teams went to nontraditional cricket venues and participated with the community. Cricket equipment was left in the villages.

He also became Director of Cricket International (CI) which published a weekly cricket newspaper which carried a weekly op ed “Beyond the Popping Crease”. The column exam- ined cricket issues topical to USA cricket. Cricket International worked with Roy Sweeny and others of Floyd Bennett Cricket Club to expand and level the Floyd Bennett Field, plant appropriate turf, draw plans for stands at the ground. A representative West Indies team came and played two games at the facility.

In 2004-2012 he became a member of Villagers Pacesetters Social and Athletic Club (Villagers), where he served as their Scorer which got him Involved with game time planning and decision making. Kenneth Wong and Joel Persaud both MSC members who represented Villagers introduced Dr Dodson to Villagers. Venelda Wallace, Hugh Pitter, Sam Belnavis, Melroy Kingston, Ordelmo Peters, Charles Walker, George Adams and the entire Villagers team are family.

He became New York Cricket Region’s Secretary and Team Manager for National Champion- ships in Washington DC in 2012, President, Sheffield Cricket Club, which provided a space for young Americans to play club cricket and representative on United States of America Cricket Association’s (USACA) Board. According to him, his greatest cricket achievement would be his sons, American born cricketers Ahmad, opening bowler and hard-hitting middle order batsman for the Sheffield Cricket Club, a very talented cricketer and quite a gentleman and Akeem, who is captain of the club, and the first American to hold a world record in the modern game. Akeem’s six dismissals in an ICC T20 game is a world record.