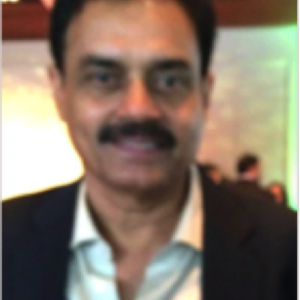 DILIP BALWANT VENGSARKAR
Rated the best batsman in the world at peak of his career
center;">Dilip Vengsarkar was born on April 6, 1956. He was a very elegant and successful batsman to have played cricketer for16 years in India. Batting at number three he scored 17 test centuries. He started playing test cricket in 1976 against New Zealand. It was the tour of Australia in 1977-78 that he made a name for himself.
style="text-align: center;">During the heydays of the West Indies pace bowlers Holding, Roberts, and Marshall; Vengsarkar was one of the few Indian batsmen to score runs consistently. He scored six centuries against these greats. In his time, he was one of the most stylish batsmen in the game and was a brilliant stroke player.
style="text-align: center;">He will be remembered for scoring three consecutive centuries at Lords to beat England. He was awarded Man of the Series He was rated the best batsman in the world at the peak of his career.
center;">He was a member of the 1983 Winning World Cup Squad, captained by Kapil Dev. He was awarded the Arjuna award in 1981. In 1987, the Indian government also presented him with the Padma Shri honor. He was the Wisden cricketer of the year 1987. He became captain in 1987.
style="text-align: center;">When he retired in 1992, he was the highest run and century getter behind Gavaskar at the time. Vengsarkar started an academy to help develop cricket in India. In 2003, He became the Vice-President of the Mumbai Cricket Association and later on went on to become the Chairman of selectors for the BCCI.