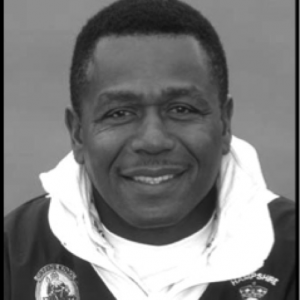 One of the greatest batsmen to ever play for the West Indies, the muscular Desmond Haynes, who was born in Barbados, formed a formidable opening partnership with fellow Barbadian, Gordon Greenidge in Test cricket which was integral to the success of the West Indies cricket team in the 1980’s. Between them they managed 16 century stands, four in excess of 200.

In contrariety to Greenidge’s belligerence with the bat, Haynes favored a more measured approach to batting. He compiled a redoubt- able 7,487 runs in 116 Test matches at an average of 42.29, his highest Test innings coming against England in 1984 with 184 off 395 balls.

Named Wisden Cricketer of the Year in 1991, Haynes is one of the few Test batsmen to have been dismissed “handled the ball,” falling in this fashion against India on March 3, 1978.

He first made his name on the international scene with a blazing 148 against Australia at Antigua in a One-Day International and until recently the prolific Haynes held a number of ODI records including most runs and most centuries. He played in the World Cup of 1979, won by the West Indies, and returned to the competition in 1983, 1987 and 1992. In 25 World Cup matches, Haynes scored 854 runs at 37.13 with three fifties and one century.

Haynes was the archetypal West Indian cricketer - a carefree, happy-go-lucky soul always with a smile on his face. He wore his heart on his sleeve when representing his

nation, occasionally letting his emotions get the better of himnotably against Australia in the bitter 1991 series, when he clashed verbally with Ian Healy, Merv Hughes, Craig McDermott and David Boon.

As it is with most West Indian openers, Haynes was brilliant against pace and, after struggling against spin early in his career, developed into a deadly player of slow bowling his double of 75 and 143 against Australia on an SCG dustbowl in 1989 was a rare quality. He had a successful career in English county cricket, playing 95 first class games for Middlesex, scoring 7,071 runs at 49.1 with a best of 255 not out against Sussex. He was awarded his Middlesex cap in 1989 and played at Lords until 1994.