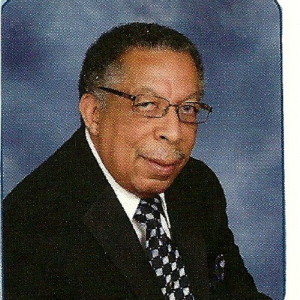 Was coached by George Headley and Dickie Fuller

Delroy Franklin (Frankie) the son of Ronald and Bernice Franklin was born in 1942 at Gibralta, St. Ann, Jamaica. He played cricket in the local area of Moneague, Friendship, Golden Grove and Walkerswood, Jamaica, WI. Delroy was coached by the George Headley and Dickie Fuller. His personal idol was a local cricketer named Jeremiah Young of Moneague Cricket Club who went to play for Kingston and for Reginald Aiken as a Delroy got his big break in 1960 when he joined the Bellvue Hospital as a student nurse. The Bellevue Hospital Sports Club supported a “A” team in Junior Cup Cricket and a “B” team in Evelyn Cup Cricket. He joined the Evelyn Cup team and took four wickets for 31 runs in his first game. He excelled as a medium pace bowler for eight years in the Evelyn Cup competition and remembers past players Cecil Lawson, Everton Mattis and O. Mitchell. Soon after graduation from Bellevue Hospital as a staff nurse, Franklin migrated to the United States in 1968 and was surprised to see the high standard of cricket in the U.S.A. He joined the Windsor Cricket Club within two weeks of his arrival and gave up going to medical school in order to play cricket, much to the dismay of his mother. In his 30 years playing cricket, he was captain of the club and chairman of the Entertainment Committee for a number of years. As chairman of the Entertainment Committee he organized food and drinks for invited weekend guests, arranged with club personnel to provide transportation and information to places of interest, shopping and City tours. During the Christmas holidays he was responsible for collection donations and gifts for Toys For Tots and Children’s Homes. Along with Mark McKenzie he worked with then Mayor Kevin White in creating the present cricket oval in Franklin Field in Boston. Franklin played locally in the Mass State Cricket League but primarily played along the Eastern Seaboard and Canada against the following teams: Sportmen’s Athletic Club of Hartford and remembers players such as Trevor Long and Michael Chambers who is the Director of the Cricket Hall of Fame; New Rochelle Cricket Club with players like paceman Tackerdine; Primrose Cricket Club of New York with players such as Eddie Edwards and Stafford Young and Cornwall Cricket Club with players like “Balla” Chambers and Goosey Edwards.