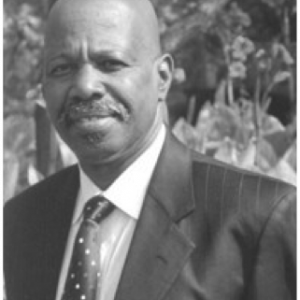 Curtis Clark has had a passion for cricket his whole life. Growing up on the small island of Barbados, as you know, this island has produced some of the greatest cricket players of our generation. Curtis was groomed by older gentlemen in his village on how to bat and bowl. He remembers one Sunday morning, as a child, when a gentleman called Selwyn Lloyd, (known as “Blow Bribb”), knocked on his door. Blow Bribb, played cricket in the Barbados Cricket League. He came to ask Curtis’ mother permission for Curtis to play cricket with his team. Curtis’ mom was a bit reluctant, asking, “Don’t you think he is too young to play with you guys?” Mr. Lloyd relied “No, is it is a soft ball not a hard ball”. Curtis’ mother entrusted him to Mr. Lloyd and Curtis has been playing or involved in the sport since.

Curtin migrated to the US, finishing his schooling in New Jersey before moving to New York to earn his BA at Long Island University. Soccer was the sport being played at time by most foreigners and Curtis played with an Italian team. While at work one day, a Jamaican co-worker asked Curtis if he knew how to play cricket since he was from Barbados. That was when Curtis discovered cricket in this country. His friend took him to the Mount Vernon Cricket Club which played in the Metropolitan League. Curtis became captain of the team after one year and after a few seasons was recruited by John (Mutt) Wilson to play for Demetra Cricket Club in the New York League, where he played for 11 years. His interest and passion for the game resulted in him being elected an officer of the New York Cricket League.

When Curtis relocated to Ct where he became actively involved in his community, becoming a member or volunteering in several organizations. He has held positions of president, vice president and secretary of the Connecticut Cricket League (CCL). For 6 years he was a Director of the United States of America Cricket Assoc., for the Northeast region of the US. In that position, he hosted a regional tournament for the Senior and Under 19 teams, which was held in Keney Park, Hartford, Ct. Curtis has also been a selector for the Barbados Caribbean Team, which participates in tournaments held in New York.

A member of the Cricket Hall of Fame‘s committee since its reorganization in 1997, Curtis said that “My goal is to continue to help with the development of youths throughout the region and the country and to assist the institution in their continued goal of helping to promote the sport in the US and their efforts to honor past greats of the game”.

Curtis currently serves on the Board of Directors of the West Indian Foundation, responsible for Youth Activities, coaching students along with the Police Athletic League. He lives in Windsor, Ct and is the father of 3 children. He has three sisters, Sandra, Shelly and Jackie.