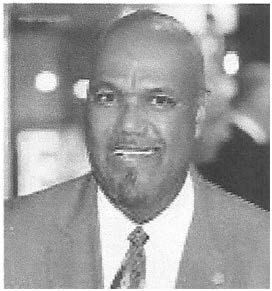 Guyanese-born Colin E. H. Croft was part of the potent West Indian quartet of fast bowlers from the late 70s and early 80s. In a relatively brief career lasting just five years, he established a reputation as one of the most chilling of fast men, with no compunction whatsoever about inflicting pain.
With his height (6'5"), he bowled bouncers, was very aggressive, and was renowned for bowling wide of the crease over the wicket and angling the ball into right-handers. Croft's figures of 8/29 against Pakistan in 1977 are still the best Test innings figures by a fast bowler from the West Indies. From 27 Tests he took 125 wickets at 23.30 and a strike-rate of 49.3; in the shorter version, Croft took 30 wickets from 19 One-Day International (ODIs) at an average of 20.66, a strike-rate of 35.6, and an economy of 3.47. These are phenomenal numbers by any standards, and for any era. To put things into perspective, if we put a 100-wicket cutoff, Croft’s Test average is next to only Malcolm Marshall, Joel Garner, and Curtly Ambrose — all champions of the sport — among West Indians. If we apply the same criterion, his Test strike rate is next to only Marshall’s 46.7.
In 1982 Croft accepted a place on the rebel tour of apartheid divided South Africa, in violation of an international ban on sports tours of the country. The rebel players were granted "honorary whites" status by the South African government to allow them access to all-white cricket playing areas. All the players who took part in the tour were banned for life from inter-national cricket, thus marking the end of his cricket playing career. That ban, however, was effectively lifted in 1989, by both the West Indies Cricket Board (WICB) and the UN. Croft moved to the United States to avoid recriminations at home.
Croft also taught mathematics at Lambrook school in Winkfield Row, Berkshire, UK from 2007 /2008 for one and a half terms. He never coached cricket at the school but frequently gave autographs to parents of pupils at the school. Since 1994, he has been doing cricket coverage part-time, as a commentator/analyst, and was one of the first writers for CricInfo, contributing over 500 articles so far to that entity. He has continued his sports journalism career everywhere that cricket is played, covering West Indies tours since 1994. Croft's first overseas sports journalism sojourn was to the United Kingdom in 1995. During the 2007 ICC Cricket World Cup Croft provided analysis for the BBC's Test Match Special radio coverage on all the Guyana-based matches. He continued his analyst's role during the West Indies tour of England the same year.
In his private life, having been an Air Traffic Controller from 1973 to 1981, while also playing cricket for the West Indies, he has also obtained a Commercial Airline Pilot's license in the USA, with endorsements for the UK, and worked as a Commercial Pilot in the Caribbean. He also regularly appears as a studio guest on Sky Sports when West Indies are playing.

Former star West Indies fast bowler Colin E. H. Croft became the 100th candidate to be inducted into the Cricket Hall of Fame in ceremonies held on Saturday, October 4, at the Hilton Hotel in downtown Hartford, Connecticut.
A part of the potent West Indian quartet of fast bowlers from the late 70s and early 80s, Croft who served a relatively brief career lasting just five years, in expressing his thanks and appreciation for his inclusion into the Hall of Fame said that he found the celebration quite surprising, enjoyable and eye-opening. “To be nominated as the No. 100 inductee is indeed quite special,” he said.
Now a well-respected commentator of the game, Croft, who hails from Guyana, related some of his happy experiences while playing and the love that he has for the game. “Cricket has done a lot for me,” he said. “It has given me the opportunity to travel all over the world, meet a lot of people, and learn much about their culture.”
Croft, who now lives in Florida, said “Cricket in the U.S. is at a crossroads. It is too parochial. Personalities and politics are holding back the game in this country. We seem to have more coaches than cricketers. You can’t have progress if you do not get rid of personalities. If we want the game to become one of the top sports in the country, we must take it into the schools.” A former teacher, Croft said that sports are a good way to help youngsters get a good education.
“We need to mix more with the Americans at all levels whether they are our offsprings or not and teach them about the Caribbean and our way of life. The youngsters need help and we have to help with their development to let them get to understand where they are,” he said. Before concluding his remarks he praised Lauderhill, Florida mayor, Richard Kaplan, another inductee for what he has done for cricket in the U.S.
Known as the evangelist for cricket in the U.S., Kaplan was directly involved in the creation of the first and only accredited International Cricket Council (ICC) field and stadium in the U.S. In his response, he told the gathering about the challenges that he overcame to get the stadium built and the letdown that he has experienced since then from the West Indies Cricket Board (WICB) and the United States of America Cricket Association (USACA) in their efforts to host international games at the stadium. “We need to develop the game at an international level here in this country in order to get it to move forward,” he said.
Former captain and assistant coach of the West Indies women’s cricket team Stephanie Power another inductee thanked the Hall for the honor and expressed the satisfaction and the enjoyment that she had when playing for the team. However, Power, a Trinidadian, who has ambitions of becoming a selector, said that there is need for some changes in the way in which the team is put together. “We need to have at least one woman involved at the administrative level of the team,” she said.
All the other inductees Pakistani Mansoor Akhtar, Orville Hall, Joyce Trotman-Harmon, Paul Hensley, president of the CC Morris Cricket Library, and 85-year-old Emmanuel Lewis, who is still playing the game, expressed how proud they were to be inducted into the Hall of Fame. Two other individuals Lt. Michael Manson of the Hartford Police Department and Sgt. Louis Ruiz were presented with appreciation certificates. Lt. Manson was recognized for the work that he has done with the cricketers who play in Keney Park and Dallas for his role in the recent installation of lights at one of the top cricket fields in the Caribbean, Sabina Park in Kingston, Jamaica.
Prior to the ceremonies, the inductees were hosted by both Governor Dannel Malloy and Hartford’s Mayor Pedro Segarra at the capital state-building and city hall. They both expressed their satisfaction of being able to meet the inductees and congratulated them on their accomplishments.