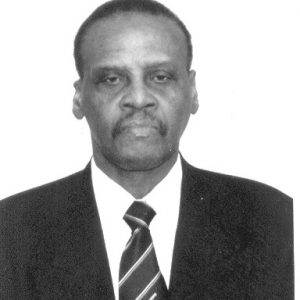 Clifford Hinds was born at St. Andrew, Jamaica. He attended St. Mary’s Elementary School, St. Geor-ges College and Dinthill Technical High School be-fore attending Mico Teacher’s College where he ex-celled in soccer, cricket and track and field. Hinds worked for the government first as a teacher and then as a youth clubs organizer. He represented the parishes of Manchester and St. Elizabeth in both soccer and cricket. His batting and wicket-keeping prowess was noticed by national coaches, Dickie Fuller and Derief Taylor of Nottinghamshire. Invited to play in the trial matches to select the national team, he performed well but left Jamaica two weeks later on a soccer scholarship to the Inter American University of Puerto Rico. Three years later, he arrived in New York and was introduced to Corn-wall Cricket Club of the New York Cricket League.

He served as captain and President of the club, Secretary of the league and captain of the league’s team. He was captain of the USA Hall of Fame’s team which played against Sunil Gavaskar’s Indian team which was returning from the 1983 World Cup. While involved in cricket, he was able to complete a Masters degree at Ohio University and a law degree at Fordham University.
He joined the Metropolitan Cricket League in 1989 and served as Secretary, Vice President and President from 1996 to 2001. He has served on the Board of USACA and as the Regional Direc-tor, Director of Operations and Youth Development Coordinator of the New York Region. Since 2002, he has been involved in NYR winning four national championships at the adult level and three championships and three runner up finishes at the youth level. He is credited, along with Krish Prasad and Gary Nascimento with starting the first youth program in New York and the USA. Many of his young charges have gone on to represent the USA in World Cup competitions in Sri Lanka and New Zealand. Players, like Steve Massiah, Barrington Bartley, Andy Mohamed, Adrian Gordon, Gregory Sewdial and Akeem Dodson, have gone on to represent the USA at the adult level. The youth program boasts a high school graduation rate of 100% and 90% have gone on to college.
In 2003, Hinds created the first women’s team in the USA. He was contacted by ‘Cricket For Change’, UK to start a cricket program for the visually impaired and physically handicapped, he immediately sprung to action.