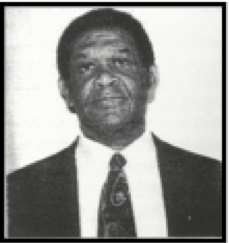 Got involved with the game at an early age

Born in Mountainside in the parish of St. Elizabeth in Jamaica, Clement A. Lawrence attended Mountainside Primary School and Clarendon College, got involved with game at an early age. Because of his outstanding ability that he showed while playing the game, he was elevated to the captaincy of both school teams. At the

age of 16, “Busta” as he was affectionately called was selected to represent his parish St Elizabeth in one of the top cricket tournaments held in the island at that time, the Nethersole Cup Parish Competition.

He migrated to New York at the age of 17, and began playing in the New York competitions almost immediately. He was so good that he was elected to be captain of the New York team that he was playing for and ended up representing the Metropolitan Cricket League’s (MCL) team. At the age of 24, Busta was elected Vice-President of the New York Cricket League (NYCL). He next served as secretary of the MCL’s league, a position which he held for 18 years. He later became President of that same league. For another eight years, he became Vice-President of the Eastern Zone of the United States Cricket Association and served for six years.

Lawrence captained one of the best cricket teams in the U.S., the Jamaica Athletic Club, and took them to two unbeaten championship seasons in the NYCL. After his successful career in the sport here in the U.S., he returned to Jamaica in 1995 and became the founder and principal owner of “Busta’s Place” in Negril. Lawrence, who was well admired not just for the cricketer that he was, but also for his affectionate personality, passed away shortly after his return to Jamaica. He is surely missed.