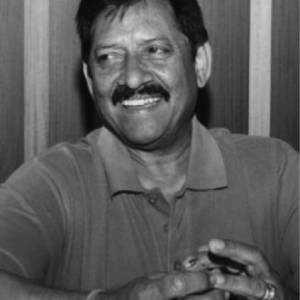 CHETAN CHAUHAN will be chiefly

remembered as Sunil Gavaskar’s partner in numerous Tests in the 70 ‘s and early 80’s. The pair is the most successful Indian opening pair with 10 century partnerships.

Chauhan had technical limitations and his stroke play was not exactly fluent, but no one could question his courage, his defense and his ability to get behind the line of the ball. He was always a difficult batsman to dislodge and his patience and dogged qualities stood India in a very good stead in 40 Tests in the period 19969 to 1981.

He made his debut as a 22-yearold against New Zealand at Mumbai and also played against Australia the same season. He was recalled for two Tests against England in 1972-73 but his most prolific period began when he was chosen for the tour of Australia in 1977-78.

The crowning glory of the Gavaskar-Chauhan partnership came at the Oval in 1979 when they put on 213, breaking the famous longstanding record of Merchant and Mushtaq Ali who put on 203 at Old Trafford in 1936. Chauhan’s share was 80. He was unlucky not to get a Test hundred, though his aggregate in Tests exceeded 2,000 runs (he was the first Player in Test history to score more than 2,000 runs without a hundred). In domestic cricket, he was a heavy run-getter, and represented Maharashtra and Delhi in the Ranji Trophy competition.

After retiring, Chauhan became a selector from North Zone. He also had the distinction of being manager of the Indian tean that beat Australia in the epic home series of 2001.

In 2006, Chauhan was appointed coach for Delhi, one of the traditional powerhouses of Indian cricket. “It’s a great responsibility,”

Chauhan, who is the vice president of the Delhi and District Cricket Association, told The Indian Express on his appointment.

“We have got some great players and some good talent, the idea is to bring the best out of the lot to justify their potential. My main aim would be to keep the flock together and not allow the team to be affected by club politics.”