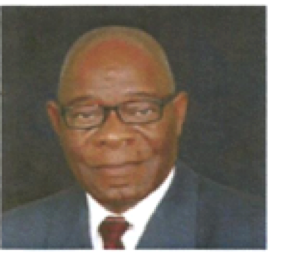 CHARLES SIMPSON. . “An officer and a gentleman”

A lifelong sports aficionado, Charles “Simo” Simpson joined the Jamaica Defense Force (JDF) in 1963. Prior to that, he was already chalking up notice as an outstanding all-round athlete and sportsman. In fact, he represented Jamaica as the goalkeeper in its Under-19 team. But it was in the JDF which he joined at the urging of Col. Ken Barnes that his true potential as a sportsman, athlete and talented organizer really blossomed.

During his stay in the JDF (1963-1969), Simpson represented the army in cricket, soccer and field hockey also for Jamaica. His multifaceted side was evident when he represented the JDF in dance taught by the great Jamaican Rex Nettleford. He went to dance in England for her Royal Highness the Queen – doing his thing at Earl Courts in London, Windsor Castle, on BBC TV, Dover Castle and in the Edinborough Castle in Scotland.

Migrating to the United States in 1970, Simpson immediately immersed himself in the large Caribbean- American community, spearheading the information of numerous community-based organizations which run the gamut from the culture to entertainment. In fact, he has been instrumental in launching the careers of many entertainers. Simpson has also done humanitarian work for many in need and his fund-raiser to assist the people of Clarendon in Jamaica after a massive flood in 1987 ranks among his major accomplishments. He has also done fund-raisers to benefit Alpha Boys’ School, his alma mater, and the Boys’ Town Cricket Team many more schools and organizations. As a matter of fact, Simpson was the key mover and shaker behind one of the biggest relief efforts to help Jamaica in the wake of Hurricane Gilbert in 1988. Under his guidance about 2,000 barrels of food and clothing were shipped to Jamaica. Simpson has also worked with the Jamaica Consulate in developing charity activities including raising over US$9,000 in funds for the Bustamante Children’s Hospital in Jamaica – money used to provide heart valves for suffering children.

For over 40 years, Simpson has been associated with New York Metropolitan Cricket League as a player, captain, umpire, administrator, winner of MVP awards, and comeback player of the year after a serious back injury. He is regarded by many as one of the finest all-round player to ever play in the New York Metropolitan Cricket League. He represents the league as an opening batsman, wicket-keeper and opening bowler. As a founding member of the Villagers Cricket Club, president and captain for the night on the round table cricket club, captain for the Jamaica AC Cricket Club, a member of Excelsior Cricket Club, outstanding worker with the parks association in getting grounds for the development for playing cricket along with James Archibald and the late Roy Sweeney.

After living in the U.S. for 30 years, Simpson returned to Jamaica in 2000. He is the owner of Wilco Sports Enterprise located in Jamaica. Immediately he took up the sponsorship for the Headley Cup which is for rural schools renamed Wilco Headley Cup, for five years, 2000-2004, which produced more than 12 West Indies Test cricketers.

In 2004, he founded the Portmore Metropolitan Cricket League and in 2005 he added the Portmore Under-15 Cricket League to the program in which he was president but resigned in the last two years because of his health. In the year 1997, Simpson was honored by the city of New York for immense contribution to the Caribbean Community. In 2204, he received a citation from the New York State for his dedication and development towards cricket in the Caribbean community in the United State of America.

In 1996, under his leadership the Jamaica Defense Force Veterans Association, which he founded and became president was awarded a citation for service and sacrifice in support of world peace in Grenada and Haiti from the mayor of New York, Randolph Giuliani: “Charles Simpson an officer