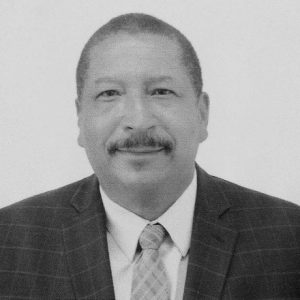 Anyone who regularly visits The Armory in New York is sure to recognize Bassett Thompson. Whether he’s helping guide officials on the track or starting a race, Thompson is a key figure in track and field at The Armory.

He began his career in track and field as a PSAL meet director, having earned a mas-ter level USATF official certification in 1996, before joining the Armory staff in 2008 as an assistant manager. In 2011 he became the Armory’s director of track and field. But one thing many Armory regulars may not know about Thompson, is that his roots in track and field run just as deep in cricket.
“While I was growing up, track and field and cricket were my two favorite sports,” said Thompson, who is originally from Manchester, Jamaica. “The sports gods must be favoring me because I now get to work in the sports that I love.”
He has served as the New York City Cricket Commissioner since 2007 and manages the USA under-19 cricket team, traveling all over the world to help progress the sport for Americans. For his dedication to the sport, Thompson was recently selected to be inducted into the Interna-tional Cricket Hall of Fame.
“It’s an honor to even be considered to be inducted into the International Cricket Hall of Fame,” said Thompson. “New York City is the only city that offers varsity cricket, and I’m very proud to be a part of that.”

“There’s an old saying that goes choose a job you love, and you’ll never work a day in your life,” said Thompson. “That couldn’t be truer for me.”
Thompson lives in Elmont, Long Island, with his wife, Claudia Thompson. Each of their three children grew up participating in track and field and cricket. Their youngest daughter, Chrystal, competed at New Bal-ance Nationals Indoor on Saturday, March 12, with her 4x200m relay team.