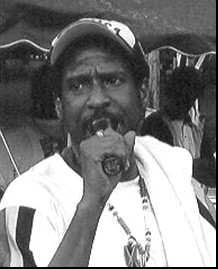 Born in St. Andrew, Jamaica, Aston Cyril Archer, affectionately known as “Bishop,” is the chairman of the Hartford Corner League Community Soccer Competition. A man of spiritual convictions, who is considered a great social scientist that strives for discipline, is well respected for the contributions that he has made to the league.
Bishop is the inspirational and driving force behind the success of the league which is described as the most popular and contentious soccer tournament in the state. He is admired for the hard work that he puts in almost single-handedly to keep the league going, and the positive and candid responses that he gives in regards to the confrontations which are thrown at him at almost every game.
A graduate of Kingston College in Jamaica, Bishop showed signs that he had the ability to become a leader, from his early years. His style of leadership, which was evident in the league, is not to give orders, but to lead by example. He is the founder of the Hartford Chapter of the Kingston College Old Boys Association.
Before leaving Jamaica, Bishop became involved with a number of community organizations serving in a variety of positions. Among the organizations was the National Secondary Students Council of which he was an executive member, the youth club organization where he was the co-founder of the Ministry of Social Security Staff Association and as chairman of the Volunteer Cambridge O Level English and History group. He also served as a tutor to inmates at two of the island's penal institutions, the General Penitentiary and the Gun Court.
An avid reader with an interest in civic life, on his arrival in the U.S., Bishop decided to pursue further studies at the Greater Hartford Community College, where he obtained an Associate of Science Degree in Human Resources.
Bishop became involved with the Hartford league during its resumption in 2001 and was responsible for the start of a youth league that prepared youngsters for the later years to come. Some of the youths in this program were able to gain scholarships to colleges and universities in and out of the state.
“I am not ready to give up as yet and hope that more people will come forward to help with my work among the youths,” Bishop who has an enduring commitment and dedication for the future success of the league, said. 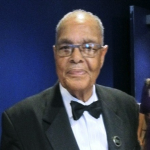