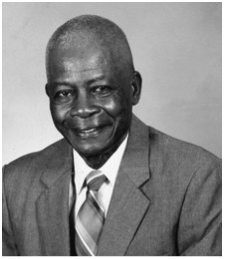 Arnold black, who has a long association with cricket in Greater Hartford community, was born in the parish of Hanover, Jamaica on April 29, 1932. He began his cricket career with the Success Cricket Club in his native Jamaica, where he was a member for two years and served as the teams youngest captain.

At the age of 22, Arnold left the island for the United States. He did not play cricket again for the next four years, but this changed in 1963, when he joined the Sportmen’s Athletic Club. Deciding that he wanted to stretch the sport of cricket a little further out of the boundaries of Hartford, he founded the New Britain Social Club in 1969 with seven other dedicated members. The club had humble beginnings as it was located in the basement of his Green Street home in which he still lives.

New Britain Social Club has had a longstanding relationship with the Community Cricket Club of Toronto, Canada. They have been playing against each other since 1971. New Britain has also played for the past 10 years against the Montreal Cricket Club. They meet twice a year. In 1971, Black had the most wickets for his club and in 1972, was second in that same category. His best game was against Primrose Cricket Club of New York, where he had six wickets for 17 runs. Black’s role in the New Britain Social Club, ranged from resident for six years, vice president for two years and captain for one year. He is presently the club’s Sports Coordinator.

Happily married to his wife of forty-years, Willie-Mae, Black is the proud father of six children, Carol, Robert, Terence, Vernon, Ronald Sr. and Sherrona, the grandfather of 12 and great-grandfather of four. Black was employed with Emhart Corporation for four years until he went to work for Stop and Shop in North Haven as a truck driver where he retired in 1995 after 28 years of service.