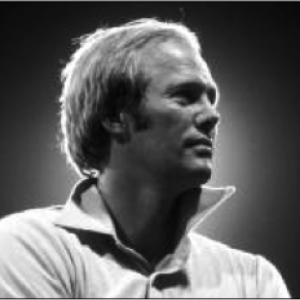 Until the match-fixing scandal of the recent past, no cricketer has lost reputation so fast or so conclusively as former England captain Tony Greig, who secretly helped Kerry Packer set up World Series Cricket (WSC) in 1977. Yet although it was inevitable that his participation in WSC should lead Greif upping sticks from Sussex to Australia later that year, it was much regretted both on a personal and national level.

Greig, South-African born, a charismatic figure and a notably adaptable all-rounder with both bat and ball, played in 58 Tests for England scoring 3,599 runs and taking 141 wickets. His two most celebrated innings was an attacking 110 on a Brisbane fler against Dennis Lillee and Jeff Thompson in 1974-75, and a 430-minute 103 against Bedi, Chandrasekhar and Prasanna on a broken pitch at Calcutta two years later.

As a bowler, he took most of his wickets with fast-medium out swing, helped by extra bounce from his 6ft. 7ins. Frame. In an effort to exploit the presence of five dangerous left-handers in the 1973-74 West Indies team, however, Greig had enough confidence in himself to experiment with off-spin. He got the feel of it at Bridgetown, Barbados, where he took 6 for 164 in a total of 596 for 8 (Lawrence Rowe 302). Even more improbably, at Port of Spain, Trinidad a fortnight later, while Derek Underwood and Pat Pocock were sharing 4 for 222, Greig grabbed 8 for 86 and 5 for 70 to bowl England to a 26-run victory to square the series.

At second slip, where he took most of his 87 Test catches, there was nothing to choose between Greig and Ian Botham, the successor as England’s all-rounder. Greig, who during his playing days had the habit of wearing a handkerchief tied around his neck under his shirt, and who lost his England captaincy after teaming up with Packer for the World Series Cricket competition, now resides in Australia.