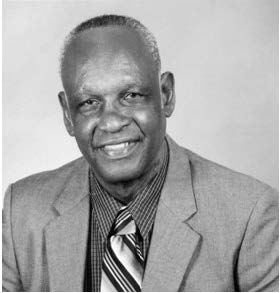 Alcious Watson migrated to the United States from the Caribbean island of Jamaica. In 1971, he became involved in the game of cricket as an all-rounder with his strengths as an opening batsman, scoring 75 runs in one of his highest-scoring games for the New Britain Social Club’s cricket team. Although he considers himself retired from the game, he still fills in for the team when needed.

With cricket interest growing in 1981, Watson, the late Roy Sweeney, and others formed the Connecticut Cricket League’s planning committee. The league started with teams such as Sportsmen's Athletic Club, Norwalk, Bridgeport, New Britain, Greenwich, and Westbury. As a founder, he also served as the appointed secretary for various years including 1981-83, and on other regular intervals as needed.
When the need came for the New Britain Social Club to build their own field, he was instrumental in bringing together a team that worked closely with the New Britain Department of Parks and Recreation and with former Mayor William J. McNamara. After the field was established, he remained actively engaged with the city’s maintenance department in ensuring the upkeep of the field. Initially, approaching the city was a challenge because there were no funds aligned in the parks and recreation’s budget, so members of the club, under the leadership of Watson, financed the development of the field with the required specifications.
Watson was also instrumental in the growth of the New Britain Social Club where he held a variety of positions including president from 1984-1993. He stands as the longest president of the club during the most critical years of the organization. While he held the position as president, Watson became involved in the city’s Main Street, USA Planning Committee and was able to secure space for New Britain Social Club. These early actions set the stage for a healthy relationship between the NBSC, the New Britain Police Department, Public Works Department, and the Parks and Recreation Department.
Watson’s leadership and interaction with the city lay the groundwork for mutual understanding and trust. The New Britain Social Club continues to build on the foundation that Watson laid. He remains very active in the organization holding the secretariat and a position that he has held since 1990, the director of the cricket team and advisor to the club’s executive team. Mr. Watson’s accolade continues as he is the elected secretary High Illustrated Grand of the fraternity of the Utopia Lodge #3 since 1983, through the Independence United Order of Mechanics, holding that position for a period of two years. He currently holds the position in the New England district Grand Lodge serving the last 15 years.