Congratulations to USA U19 Girls team.

Maiden title for the USA 19 girls’ team under Shivnarine Chanderpaul (Class of 2022 CHoF) as a Head Coach for USA National Women’s & U19 Girls teams. Recently he was appointed Just few days ahead of Cricket West Indies (CWI) WOMEN’S U19 RISING STARS T20 CHAMPIONSHIP IN TRINIDAD.

Entering the final round both USA & Trinidad & Tobago teams undefeated in the tourney, topped the points standings on eighteen points from five matches – including four wins and one No-result. T&T had a slight edge on net run rate at 2.895, while the USA’s net run rate is 2.574.

USA captain Geetika Kodali won the toss and elected to field first to hold Trinidad & Tobago U19 Women to 93 for 5 at Brian Lara Academy in Trinidad. USA chased down the target with 94 for 3 in just 16.1 overs with 23 balls to spare. USA team lead by key performances from the Captain Geetika Kodali 2 for eight from three overs. And 46 not out off 46 balls from Vice Captain Anika Kolan.

With just six months away for” The inaugural ICC U19 Women’s World Cup” in South Africa 2023, Cricket West Indies to pick West Indies Women’s U19s combine Rising Stars for a proposed International U19 series against the USA U 19 in Lauderhill, Florida in early August. Which is important team plan to prepare for the world cup. 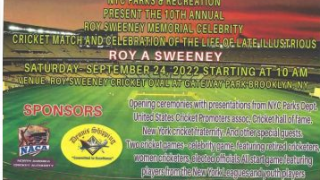 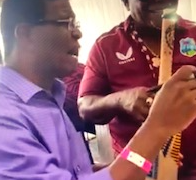