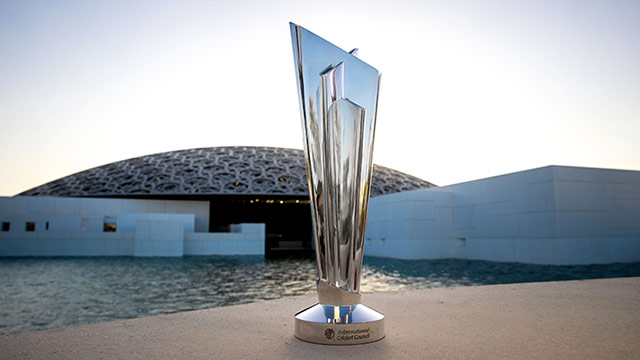 – Cricket Hall of Fame (1st in the world since 1981) welcomes the recent ICC decision to
include USA as a host for the T20 WC 2024. Exciting time ahead for the USA cricket
fraternity.  Major global event was due Since the first ever international cricket was played between the US and Canada in 1844 at the grounds of the St George’s Cricket Club in New York.

The qualification pathway for the ICC Men’s T20 World Cup 2024 was confirmed with 12
teams qualifying automatically for the event. The top eight teams from the 2022 event
will be joined by the two host Members, West Indies and USA (automatically qualified as a host) plus the next highest ranked teams on the MRF ICC Men’s T20 rankings table as of 14 November 2022. If
West Indies finish in the top eight in Australia later this year, three teams will progress based on rankings and if outside the top eight two teams will qualify from the rankings table.

The remaining eight spots will be decided through a regional qualification process with
Africa, Asia and Europe each qualifying two teams and Americas and EAP one each.

During September 2018 after USA Cricket become the ICC associate member, Legend Brian Lara
visited USA with the 2019 World Cup Trophy to promote game and implant the Dream of USA cricket to win the world Cup. Since than cricket development in USA escalated to the top level with high intensity.

The qualification pathway for the eight team ICC Women’s Cricket World Cup was also
confirmed. The yet to be determined host of the event will automatically qualify along
with the next five highest placed teams at the end of the 22-25 ICC Women’s
Championship (IWC). The remaining two teams will be identified through a global
qualifying event between the four bottom-placed teams in the IWC plus an additional
two teams from the ODI rankings.

Following the recent decision to expand the ICC Women’s Championship to ten teams, the
ICC Board approved a recommendation that ODI status be extended to a number of
Associate Member women’s teams to enable them to progress to global qualifying events
based on ODI rankings.

previous article
Sunil Gavaskar’s 50th anniversary of Test debut to be celebrated in the USA
next article
Veronica Campbell Brown, CD and Donald Quarrie, CD to be honored in NYC May 28, 2022