Rohan B. Kanhai : A Great Batsman 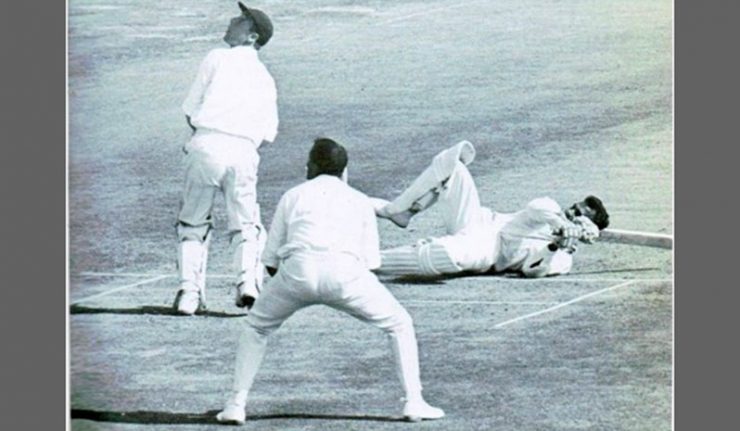 Born on December 26, 1935, Rohan  Kanhai, the Guyanese maestro hailing from Port Mourant, Berbice is one of the most technically proficient batsmen to ever represent the West Indies.

Regarded as a brilliant and innovative stroke- player of the highest order.Kanhai used the cricket bat like a magician’s wand, conjuring audacious strokes often played with an air of spontaneity and at times mischievousness.

He was famous for his trade mark ‘falling sweep’, a stroke which ended with him lying flat on his back and the ball racing to the boundary.

For all his innovative strokes, no batsman was more technically correct  playing defensive strokes or executing orthodox attacking strokes.

Kanhai represented West Indies in 79 Tests, scored 6227 runs in 137 innings at an average of 47.53. He scored 15 centuries including two double centuries with 256 being his highest score.

CLR James after witnessing Kanhai’s exhilarating inning of 170 against an England XI at Edgbaston in 1964 was moved to write that ‘Kanhai had found his way into regions (of batting) Bradman never knew’.

Coached by the great batsman Clyde Walcott, Rohan Kanhai secured his place in the West Indies team to tour England in 1957 by scoring two centuries in the Quadrangular Tournament held in Guyana, 1956, and made his debut in the first Test at Edgbston opening the batting and handling the wicketkeeping duties.

However, the West Indies batting order was unsettled and after opening the inning in the first two matches, he batted up and down the order for the remainder of the series and also relinquished the ‘keepers’ gloves to Franz Alexander.

Then on the 1958/59 tour of India, R.B.Kanhai scored his maiden Test century,  a magnificent 256 in the second Test at Eden Gardens, Kolkota. He finished the series with an aggregate of 538 runs, second the Garry Sobers’ 557.

A three-match series in Pakistan immediately followed the series against India and Kanhai once again scored a double century, this time a delightful 217 in the third Test at Lahore as the West Indies won the match but lost the series 1-2.        Kanhai headed the series aggregate scoring 274 runs at an average of 54.80.

The 1959/60 series as against England saw Rohan continue to further establish himself as one of the best batsmen and certainly one of the most attractive stroke players in international cricket. In the second Test played at Queens Park Oval,Trinidad he scored 110 runs in over six hours of resolute batting as he tried to save the match for the West Indies but England would not be denied. His series aggregate of 325 runs was bettered by Sobers’ 709.

Kanhai’s genius blossomed during the historic 1960/61 series in Australia as he delighted Australian cricket lovers with several exhibitions of glorious stroke play. He led the West Indies run aggregate with 503 runs avg. 50.30 for the series. The highlight of his performances was when he achieved cricket immortality by scoring a century in each inning (117 and 115) in the fourth Test at Adelaide.

The West Indies team returned home to host India in the 1961/62 season and once again Kanhai was the leading run scorer with 495 runs avg. 70.71 with two centuries. He scored 138 In the second Test at Sabina Park, Jamaica and followed with a brilliant 139 at Queens Park Oval, Trinidad.

When Kanhai returned to England for his second tour in 1963, he was rated by experts and fans alike as one of the best batsmen in the world. Despite not scoring a century he was the most consistent West Indian batsman in the series scoring 497 runs avg. 55.42.

His 77 which won the Oval Test for the West Indies, was a magnificent display of entertaining batting led by the ultimate adventurer.

Australia toured the Caribbean in 1965 in a much-anticipated series which the West Indies won 2-1 to claim the unofficial title as Champions of the world. Rohan Kanhai produced two vintage innings, a scintillating 129 in the fourth Test at Bridgetown, Barbados and 121 in the fifth match played at Queens’ Park Oval, Trinidad. Kanhai’s prolific run scoring continued as he totaled 462 runs at an average of 46.20, trailing Conrad Hunte’s series aggregate of 550 runs.

The next assignment for the West Indies was Kanhai’s third tour of England in 1966.  He scored 104 in the fifth Test at Kennington Oval, which was his first Test century in England. His series aggregate was a modest total of 324 runs, avg 41.65.

Rohan Kanhai returned to his best form and scored 535 runs against England in the Caribbean during the 1967/68 series, second to Garry Sobers’ 545 runs. He scored a sublime 153 at Queens’ Park Oval in the fourth Test and capped the series with an equally splendid 150 in the fifth Test at his home ground Bourda, Guyana.

The team traveled to Australia for another well anticipated series in the 1968/69 season. Kanhai scored 371 runs at an average of 37.10 but was not able to post a century.

An injury forced Kanhai to miss the New Zealand leg of the tour and also the three Test tour of England in 1969.

He returned to the Caribbean for the 1970/71 series against India and scored 433 runs in the 5-match series. He rescued the team from possible defeat and delighted the spectators at Sabina Park with a match saving 158 in the first Test.

Kanhai then missed the home series against New Zealand in 1971/72.

At age 37 Rohan Kanhai was appointed captain for the home series against Australia in 1972/73 replacing Garry Sobers. Kanhai had a solid series scoring 358 runs, avg 51.14 with one century, 105 at Kensington Oval, Barbados.   Australia won the 5-match series 2-0.

When one considers the art of batting, Kanhai stood tall with all the greats. A peerless technician and a magnificient stroke player, Kanhai was equally brilliant off the front foot and off the back foot.  He possessed all the strokes, whether driving on either side of the wicket, cutting, hooking, pulling, sweeping or slashing, and most of all, he always scored in an attractive manner.