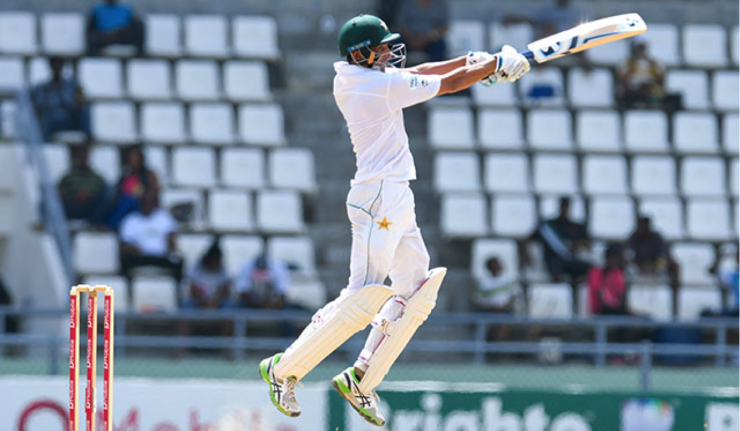 By John L. Aaron
Former Pakistan captain Mohammad Younis Khan  Inducted into the Cricket Hall of Fame on Saturday, August 28, at Antun’s in Queens Village, NY. He will join other Pakistani Test greats already inducted into the Hall of Fame established in 1981. Those former Test players include Hanif Mohammad, Mansoor Akhtar, Mushtaq Mohammad, and Javed Miandad. This year’s New York Induction Ceremony is expected to attract more than 250 guests. The gala event will also recognize the enormous contribution to cricket by the legendary Test cricketer and Barbados’ only living national hero Sir Garfield Sobers, honoring him with the Cricket Hall of Fame’s Lifetime Achievement Award.

The Induction Ceremony kicks off with a cocktail reception at 7:00 PM, followed by the induction of this year’s class of nominees, dinner, and dancing.

According to Mascelles Bailey, chairman of the New York Planning and Organizing committee, the inductees were all nominated and approved for induction last year; however, because of the Covid-19 pandemic, the ceremony was held virtually via Zoom. Five of those identified for installation opted to receive their induction instruments in person this year in New York.

Younis Khan has represented Pakistan in all three formats of the sport as a player and captain. He played 118 Tests, 265 ODIs, and 25 T20s for Pakistan between 2000 and 2017. The 44-year old middle-order batsman has an unenviable Test average of over 50 and was at the helm when Pakistan whitewashed England 3-0 in the 2012 Test Series in Dubai, UAE. Khan has a triple-hundred and a well-remembered double-century against India. He retired from international cricket in 2017 at the end of the Pakistan tour of the West Indies. The highlight of Khan’s cricket career must be as skipper of Pakistan in the ICC World T20 final in 2009. It was a crowning moment for the Mardan, Pakistan, born player who once turned down the Pakistani captaincy, only to accept it eventually and skippered his country to respectability in the international cricket arena.

Younis Khan is the first Pakistani cricketer to score 10,000 plus runs in Test cricket, and his 34 centuries is the highest number of Test centuries by a Pakistani Test cricketer. Joining the Pakistani Test great will be local cricketing stalwarts Joseph Allen, Zamin Amin, Wesley King, Lee Ramsay, and Parks Commissioner Martin Maher.

JOSEPH ALLEN
Jamaican-born Joe Allen has represented Cornwall Cricket Club for many years, winning multiple championship titles with the club along the way. He was named MVP five times while playing in the National Cricket League in New York. Allen has also served in several administrative capacities and is currently part of the New York Cricket Masters.

Joe Allen has coordinated many cricket trips to Canada, Barbados, Jamaica, and within the USA. He has been sponsoring a cricket and a football team for the past 25 years in his hometown of Mines District, St. Ann, Jamaica. Such is the range of involvement, dedication, and the spirit of giving back to the community – hallmarks of Joe Allen’s contributions to sport and the community.

ZAMIN AMIN
Zamin Amin – a fixture over the years with the American Cricket Society club, is a prolific all-rounder and well known for his match-winning capabilities, with a never-say-die approach to competitive cricket. The former Guyana Under-19 stand-out cricketer has captained the USA national squad and recently toured South Africa with a representative West Indies XI.

Amin made his senior debut for the USA national cricket team at the 1990 ICC Trophy in the Netherlands and took 13 wickets from seven games finishing as the team’s leading wicket-taker (and fifth overall).

His best figures of the tournament were four for 29 from 10 overs, which came against Gibraltar, and he scored 56, batting at number seven in the match.

WESLEY KING
Barbadian-born Wesley King is president of the American Cricket League and has been an integral part of cricket on and off the field in New York, playing for clubs such as Cameron, Casablanca, Malvern, and Somerset.

Wesley King has managed the USA’s Under-19 team that qualified and participated in the International Cricket Council’s (ICC) Under-19 World Cup in New Zealand in 2010. In 2011, he continued as the USA Under-19 cricket team manager at the ICC qualifier games in Ireland.

King also managed the Global Cricket Youth Academy squad traveling to Sri Lanka, India, and Guyana. Presently, he is the manager and secretary for the New York Tri-State Under 19 Cricket Academy.

LEE RAMSAY
Lee Ramsay migrated to the USA from his native Jamaica over 50 years ago and played for the Virgin Islands, Knights of the Round Table, and Lucas cricket clubs. He was instrumental in forming the Tri-State Masters and, lately, the United States Masters Cricket Association.

Ramsay served as treasurer of the Virgin Islands Cricket Club in the Bronx for many years; during that time, the club won six consecutive New York Cricket League (NYCL) championships.

In addition, he has represented the League and a USA team to England and Bermuda in 1973 and 1976, respectively.

MARTIN MAHER
Rounding out the local Hall of Fame inductees this year is Martin Maher, New York City’s Brooklyn Parks Commissioner. The veteran public servant is also a veteran of Operation Desert Storm. An Eagle Scout, he is also an avid revolutionary war historian. Maher is credited with helping develop the Roy Sweeney Cricket Oval at Gateway Plaza, among other cricket-designated sites in the Borough of Brooklyn.

The Cricket Hall of Fame, the first of its kind globally, will also posthumously induct the late Carl Patrick, an umpire in the Metro League, and groundsman extraordinaire Nathan Henderson. Both gentlemen passed away earlier this year.

In a congratulatory message to the Hall of Fame, New York City Mayor Bill de Blasio said, “Since its founding in 1981, the Cricket Hall of Fame has been invaluable in advancing the ideals of friendly competition, teamwork, and tenacity through programs that promote the sport while also working to give back to communities and improve the quality of life for people of all backgrounds.”

USA Cricket’s Chief Executive Iain Higgings noted, “Inductees into the Cricket Hall of Fame are an elite group of individuals who stand tall in the sport. USA Cricket is pleased and privileged to help acknowledge their invaluable contributions.”