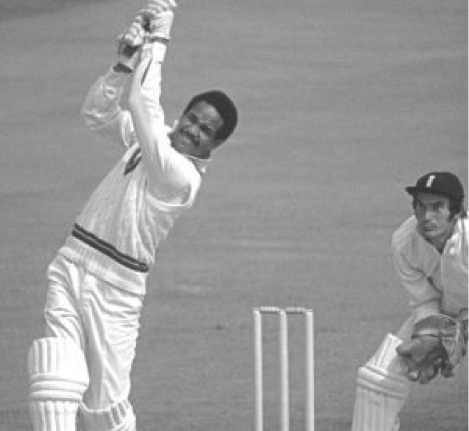 Garfield St Aubrun Sobers was born on July 28, 1936. His prodigious talents were recognized at a very early age as he played cricket with skill and panache which belied his youth.   His honed his lefthanded batting and left arm orthodox spin bowling skills playing for the Police Cricket Club in the Barbados 1st Division Cricket League.

He made his First- class debut for Barbados against the touring Indian team at Kensington Oval on January 31st, 1953, aged 16. He batted at number 9, scored 7 not out and was the leading wicket taker for Barbados as he took 4 wickets for 50 runs in the first inning, and 3 for 92 in the second inning of the drawn match.

Almost a year later, he played his second match for Barbados at Kensington Oval against the touring English team on January 29th, 1954. It is significant that he batted at number 5 and scored 46 and 27 runs respectively, but bowled with little success as he took 2 wickets for 139 runs in the match.

When the Jamaican left arm orthodox spin bowler Alfred Valentine was injured and could not play in the 5th and final Test match against England, the West Indies selectors made an inspired choice by selecting young Garry Sobers to replace Valentine.

When the Australians toured during 1955, they won the series 3-0. Sobers was not selected for the first Test. However, he regained his place for the second Test match which began on April 11, 1955, at Queen’s Park Oval in Trinidad.

He was selected to bat in the number 6 position in just his second Test match. He scored 47 in the first inning and was 8 not out in the second inning. He was only asked to bowl 3 overs during Australia’s marathon first inning score of 600 for 9 wickets.

This match marked the beginning of Sobers playing in 85 consecutive Test matches. This total was a world record and is still the longest streak by a West Indian (now it’s the 12th best streak in Test cricket history as of September 2021).

The Quiet before the Storm

Sobers played 14 Test matches between 1954 and 1957 and only 6 West Indians scored over 500 runs in those matches. His aggregate of 672 runs were the 3rd highest behind Walcott’s 1093 and Weekes’ 1065 runs. His batting average was an ordinary 30.54 with his highest score being 66. He captured 17 wickets for 4th among the bowlers. Sobers also accounted for 6 catches which was the 4th highest by a non-wicketkeeper on the team.

In 1958 the West Indies defeated the touring Pakistani team 3-1 with one Test drawn. It was during this series that Sobers blossomed into one of the greatest batsmen in world cricket.

He was the leading batsman for the West Indies scoring 824 runs (average 137.33) during the series. He scored 3 half centuries in the first two Tests and then the floodgates opened. In the 3rd Test which was played at Sabina Park, Jamaica, Sobers converted his maiden Test century to a world record score of 365 not out. This score stood as the world record for the next 36 years until it was broken by Brian Lara in 1994. However, it remains the highest maiden Test century in the history of cricket. The run flow continued unabated as Sobers achieved batting immortality when he scored a century in each inning (125 and 109)of the 4th Test 125 in Guyana.

The aggregate of 824 runs is the 6th highest in the history of cricket for a series of 5 Tests or less and is also the 3rd highest by a West Indian batsman behind Sir Vivian Richards’ 829 runs scored against England in 1976 and Sir Clyde Walcott’s 827 runs scored against Australia in 1955.

The West Indies then toured India from November 1958 to February 1959 and won the 5 Test series 3-0.  Sobers was once again the leading batsman as he scored 557 runs at an average of 92.83. He added 3 more centuries and was his team’s 3rd most successful bowler with 10 wickets. He also led the team with 5 catches (excluding wicket-keepers)

England then toured the West Indies in 1959-60 and won the series 1-0. Garfield Sobers returned to his majestic best by topping the batting charts with 709 runs at an average of 101.28.

He scored 3 centuries with a top score of 226, took 7 catches to lead the team and was the 4th highest wicket taker with 9 wickets.

In the 18 Test matches which the West Indies played between January 1958 to March 1960, Garry Sobers led all West Indian and Test batsmen by scoring 2250 runs at an average of 93.75 with 9 centuries. He took 23 wickets which placed him 7th among the West Indian bowlers. He also pouched 16 catches to lead the team (excluding wicket-keepers) in that category during this period.

Garfield Sobers was now universally acknowledged as the supreme batsman in world cricket. He batted in an attractive manner and generated tremendous power from his strong, supple wrists. Sobers displayed a classical technique and consistently executed a wide repertoire of attacking strokes, each seemingly more sublime than the other.

He was always a good fielder but now he had developed into a brilliant fielder by routinely taking breathtaking catches in the slips or at backward short leg.

Garry Sobers also continued to be a valuable asset to the bowling attack because he would contribute long, accurate spells of spin bowling.

To be continued next week…. 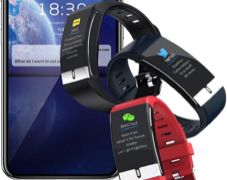 Can SAFEZONE WATCHES Help to Detect COVID-19 at Home? 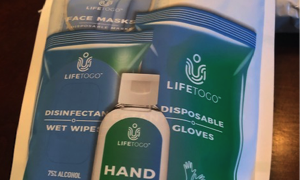